One of the most overlooked opportunities for the toy industry is those adults who collect toys.  Visit a toy store or department and it is unlikely that you would know that a high percentage of action figures and die cast cars are purchased by adults for adults.  That was why I asked Jason
"Poe Ghostal" Clarke, the writer and editor of PoeGhostal.com, to write a piece for us.  Jason has been running his site for action figure enthusiasts  since
2007.   He has also written about toys for ToyFare magazine and websites such as IGN.com.
A lifelong toy collector, he currently lives in Massachusetts with his wife,
who has made peace with a house full of toys, and their dog, whose interest in
toys is confined primarily to chewing on them. Adult
toy collectors are a market segment that's been around for at least a
generation, and yet it's one that few retailers have embraced.  Richard
asked me to write an article for Global Toy News after an email I sent him in response to his blog posting, “Toys
R Us; Does it Need a New Business Model?” The
mention of TRU needing a new business model got me thinking in a different but
relevant direction. Why hasn't Toys R Us fully embraced the adult collectors' market?

To
be sure, Toys R Us has occasionally made steps in that direction. Back in 2008, the
chain appeared to be making a major push for collector dollars as they expanded
the collector section in many stores. But this turned out to be short-lived,
and many Toys R Us stores have since reduced or even eliminated their collector-targeted
sections.

Also
problematic is the fact that the collector toys that Toys R Us does stock often have the highest prices around. If the item is
available at Target or Wal-Mart, Toys R Us will have the highest price – sometimes by
several dollars. A quick check of online prices for 6" Marvel Legends
figures shows $14.99 at Target, $15.44 at Wal-Mart, and $19.99 at Toys R Us. Of
course, the reason Wal-Mart and Target can offer such prices are because toys
aren't where they make their money. But does Toys R Us really have to charge five
more dollars per figure?

The
price might be somewhat tolerable if Toys R Us had the best selection – if that
hard-to-find figure was more likely to be found at Toys R Us – but there’s no
evidence Toys R Us makes any more effort toward that end than any other retailer.
Instead, you see racks of “pegwarmers” (a collector term for unpopular or
over-produced figures).

There's a universe of collectibles out there that Wal-Mart and
Target don't and will likely never stock. For example, Hot Toys is a Hong
Kong-based company that produced eerily lifelike (and extremely popular)
12" action figures of famous movie characters like Batman, Iron Man,
Predator, and many others. They're only available online or through specialty shops.
If Toys R Us were to put them in their stores at a competitive price, collectors
would come. These figures always sell out. Heck, just by saving the collector
the shipping they'll be competitive. Sideshow Toys is another company that
makes high-end collectibles based on Star Wars and G.I. Joe that Toys R Us could talk
to. And that's to say nothing of the huge market for Japanese toys, which
collectors usually have to get through online import stores. 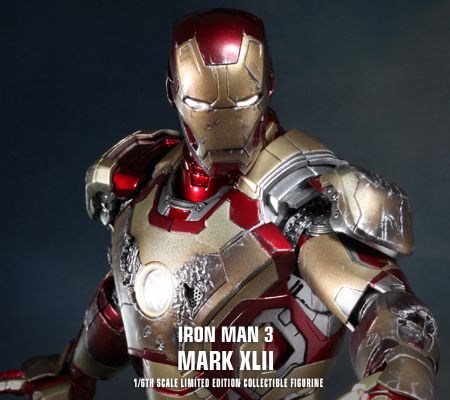 Toys R Us
does have a good relationship with a few collectible companies. One is NECA,
who produce action figures and toys on a number of adult-oriented properties,
such as horror movies, video games and the Alien
and Predator films, along with more
mainstream fare such as Twilight and The Hunger Games. Wal-Mart and Target
don't stock these toys, and Toys R Us's  prices on these items are usually lower than
those of online retailers. So why not expand this model to other manufacturers?

To
be fair, Toys R Us has been expanding its collector selection online. Its website
offers a wider range of collector items than are found in their stores.
However, these require shipping costs. Why not

stock more of these collector
items at stores? If Toys R Us isn't price competitive on these items, they can at least beat the competition on selection. Toys R Us should want to make themselves the first place collectors go
for their favorite toys.

I'm
not business person. I'm sure there are factors I'm not taking into
consideration here. Perhaps the adult collector market isn't as lucrative as I
think it is, or the deals I'm suggesting would be difficult to work out. But
this is one significant market segment Toys R Us'  competitors aren't pursuing.