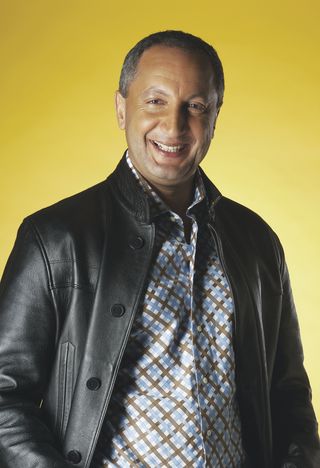 This
is Part 1 of a two part article based upon my conversation with MGA’s CEO and
founder, Isaac Larian.  Part 1 will focus
on his work with Bratz, Lalaloopsy and Little Tikes.
Part 2 will look at what drives him to succeed.I have known Isaac for
several years and in that time have closely followed his successes and
struggles.  I wanted to get a better
idea, however, of what drives him and what makes him such a controversial
individual.  To find out, I engaged Isaac
in a conversation about his life and work.
Below, I share with you what I learned:

In this day and age when the toy industry is driven by
big corporations, it is easy to forget that it was once led by people with
oversized personalities, big ideas and powerful passions.  Think Ruth Handler, Louis Marx and Marvin
Glass and you will know what I mean.

If you want to get a feeling for what those times were
like you have to go no further than MGA Entertainment’s Isaac Larian, one of
the most interesting, passionate and not surprisingly controversial people in
today’s toy industry.  If you base genius
on results, you can certainly make the case that he is one of the few geniuses
in the modern toy industry.  Anyone that
can bring two huge hit dolls to market (Bratz and Lalaloopsy) has some powerful
insights on what today’s children, and obviously little girls, are looking for
in play. 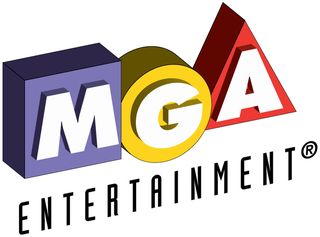 “Isaac,” I asked, “you have brought Lalaloopsy and Bratz,
two huge hits, to market.  Do you think
it is surprising that it was you, a man rather than a woman, who managed to perceive
what little girls wanted in dolls?”

In making that decision, he said he tried to put himself
inside the mind of a modern child. "Modern" is the operative word here as the
trick is not thinking like yesterday’s child but today’s.  He believes that children are constantly evolving and how
they want to play and what they want to play with is constantly changing as
well.

In the case of Bratz, his research at the time showed him
that girls 7-11 had little with which to play.
In fact, girls over six were no longer interested in Barbie.  He saw his opportunity as deriving from this
hole in the marketplace.  In order to be
aligned with the world in which girls lived, Bratz had to reflect the tastes of
the time; and they did. Girls liked what they saw and Bratz went on to become a
mega hit.

Following our line of discussion around dolls, I asked
Isaac why Lalaloopsy, the first preschool fashion doll seemed to be in a
category of its own.  Lalaloopsy is now
in its third year and is a smash hit.
Isaac’s voice became exceedingly warm as he described how Lalaloopsy, a
rag doll which came to life when the last stitch was completed.  In his words, “girls immediately got it.”  But what exactly did they get?

much a turn to the future but a
return to the very origins of storytelling.
The reason that so many
fairy tales are girl centric is that story
telling was what women engaged in with their daughters as they spun thread on
their spinning wheels.  It was a way to
pass the time and if you think about it, Lalaloopsy could easily have been a
story they told.  Maybe what Isaac
grasped was that in a virtual world where one expects magic on demand; there
was still a special mysteryin creating life with a simple and very real world, needle
and thread.

You might think that Isaac is only interested in girls'
toys but his success with Little Tikes certainly belies that notion.  Founded in 1969 and purchased by MGA in 2006,
Little Tikes is known as a maker of primarily plastic, oversized outdoor toys
for the pre-school market.

I asked Isaac what attracted him to purchase Little Tikes and he
responded that he bought the company for the brand.  His research showed that Little Tikes had 98%
brand awareness, as big as Fisher-Price. As he put it, with that kind of brand
equity he was half way there.  All he had
to do was add differentiated product and great pricing and he would have a winner.  It appears that it is working out that
way.  Isaac reports that Little Tikes was
up 23% in 2012 and he is projecting the Infant/Preschool segment to be up 90%
this year.  That is a formidable
accomplishment when you consider that the pre-school segment has been struggling
for the last few years.

In my next posting, I ask Isaac what drives him to succeed.