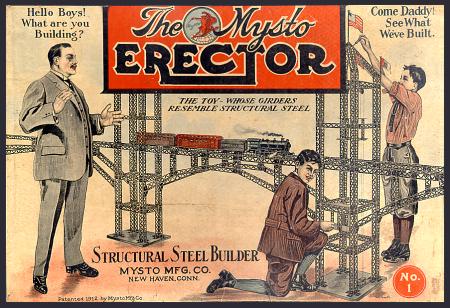 My good friend, noted inventor and toy industry thought leader, Bruce
Lund, likes to talk about how our great 20th Century engineers and
architects were inspired by the toys with which they played as children.  Look at Buckminster Fuller’s Geodesic Dome or
Frank Lloyd Wright’s designs and you will see the elements of their childhood
construction sets.

That’s why I was excited to read a great New York Times article by James Barron
entitled “A Toy That Spanned A Century and Helped Inspire a Bridge.”  According to the article, Othmar H. Ammann,
the designer of the George Washington Bridge, was not only inspired by his Erector
Set but actually used one in developing his creation.

The article focuses on three men and one woman:  Othmar H. Ammann; A.C. Gilbert, the inventor
of the Erector Set; Dave Frieder; a collector of Erector Sets and a champion of
Mr. Ammann and his bridges and Mr. Ammann’s daughter, Margaret Ammann
Durrer.  The article weaves all of these
individuals together through Mr. Frieder who sees a powerful connection between
the Erector Set and the many bridges that Mr. Ammann built (the Triborough
Bridge, the Whitestone and the Verrzano to name a few).

Mr. Frieder actually met Ammann’s daughter Margaret who
was unequivocal about the Erector set and her father.  Frieder reports her as stating:  “‘Oh, my father used an Erector Set in
designing the G.W.B.’ … ‘Yes, he used some Erector Sets as an aid in designing
the G.W.B.’” 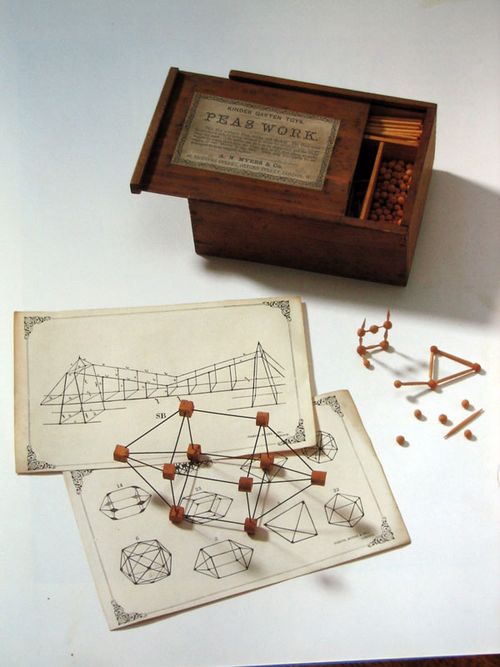 What I find so ironic is that A.C. Gilbert, who created
the Erector Set, did so as a reflection of the bolt and girder construction he
saw going on all around him as he commuted to New York.   The Erector Set which mirrored what was
happening in the world around him went on to inspire others to become engineers
and use the life size versions of Erector Set elements to design the world in which
you and I live and take for granted. I was an Erector Set kid and can still remember the
metallic smell it left on my hands and the little sores on the ends of my
fingers from screwing tiny bolts on tiny screws.  Thank you A.C. Gilbert for helping create
the 20th century.