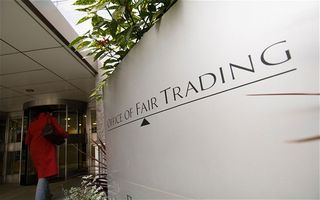 Concern over the misleading nature of some ‘freemium’ web and app-based
games targeting children has been at the forefront of the Digital Kids™ space this
year, as many parents experience frustration with their children
inadvertently racking up bills through in-app purchases on free-to-play games.

In the UK, the Office of Fair Trading is tackling
these concerns from a legal perspective, today launching an investigation to
determine whether freemium web or app-based games unfairly pressure or
encourage children to pay for additional content. Such games offer free
portions but also include paid features including upgraded membership or
virtual currency such as coins, gems or fruit.

As part of its investigation, the OFT is asking for in-game marketing and
other  information from key players in the sector, including games
developers and games hosting services, as well as consumer and parenting
groups.

It will use the information to understand this market’s business practices
as well as to establish whether companies are violating consumer protection
regulations, and if so what the consumer harm is.

In particular, the OFT wants to know if children playing the games receive
'direct exhortations,' or strong encouragements to either make a purchase, do
something that will necessitate making a purchase or persuade an adult to make
a purchase for them. This practice, the office says, is unlawful under the Consumer
Protection (from Unfair Trading) Regulations 2008.

Additionally, games providing vague pricing notifications could potentially
be leading children and parents to make decisions they may not have made if
prices were more transparently advertised at the start of the purchasing
process. Because of this, the OFT is also investigating whether these games
clearly inform players of the price before they download or accesses them.

While the office does not aim to ban in-game purchases, it will take legal
action should a company in the games industry fail to comply with child
protection regulations, Cavendish Elithorn, OFT Senior Director for Goods and
Consumer, said.