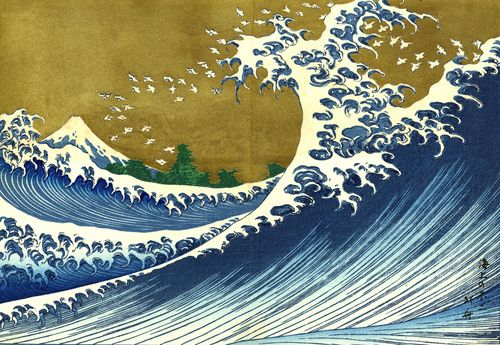 I have, for some time now, been asking the question:  “When will the tipping point for big box
retailing occur?”  That moment when the
internet has syphoned off just enough consumers so that it is no longer
possible to maintain 200,000 square foot stores and the multiplicity of
distribution centers that support them.  One writer thinks its going to take place in 2016; more on that in a minute.

These two questions, both generated by the digital age,
are going to define retailing in the coming decades.  Michael Hiatt, writing for Retailing Today
(“The Ultimate Age of Retail”) sees retailing as on the cusp of one of its 20
year sea changes.  Here is how he puts it
in the opening to his article:  “Retail
innovation cycles last approximately 20 years. As we take a look at retail
history, this cycle becomes self-evident. From the general store to department
stores to discount stores and so forth, each variety has their day in the sun
as the leading channel for most purchases.”

He goes on to note that retailing is going through an
inherently unstable period in which two forms of retailing are
co-existing:  Bricks and mortar retailers
and ecommerce providers.  The problem is
bricks and mortar stores function as unintended but “well-apportioned,
visibly-appealing showrooms” for consumers who want to assess a product which
they then purchase from an ecommerce provider at a lower price via their cell
phone.

Hiatt does an excellent job of noting possible
outcomes.  One I found to be prescient
was the idea that bricks and mortar retailers will progressively offer fewer
registers by allowing consumers to check out via their cell phones.

My prediction is that we will see fewer and smaller big
box retailers while at the same time some more adventurous etailers opening their own showrooms.
I also see local home delivery, now being

pioneered by food ecommerce
providers like Fresh Direct and Peapod becoming a bigger part of the bricks
and mortar experience.  Go on line and
you can have your purchase in your home in hours if all it has to do is cross
town.

Hiatt sees the tipping point for bricks and mortar occurring
in 2016.  He may or may not be correct on
that exact date but he won’t be far off.
The demographics and the technology are creating enormous headwinds for
the Wal-Marts, Targets and KMarts of the world.

But what does this mean for the smaller bricks and mortar
retailer?  That in my next posting.