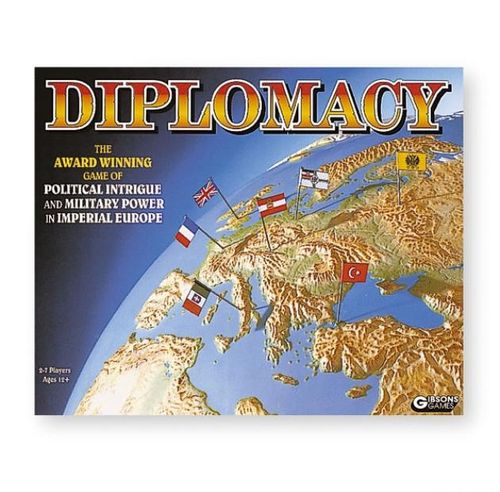 Diplomacy, invented by Allan Calhamer who just passed
away at age 81, is one of the most realistic games about the relations between
countries (or for people for that matter) ever invented.   I would describe it as a game of high
intelligence and low morals.

First published in
1959, players get to be one of 7 countries circa 1910.  The game stops between rounds as players
cluster in various rooms, whispering, listening in and planning deceit.  The idea is to, without any randomizers like
dice or spinners, lie, spy and betray your way to victory.

It has never been popular with the masses (it has sold,
according to the New York Times obituary by Margalit Fox, 300,000 pieces since
its publication).  Rather it is the
pastime of political junkies and even Presidents.  According to the New York Times,  “Allan Calhamer Dies; invented Dilpomacy “):  It was reported to
have been a favorite game of Henry Kissinger; John F. Kennedy and Walter
Cronkite.”

So, may you rest in peace, Allan Calhamer, and thank you
for inventing your great game…I think.