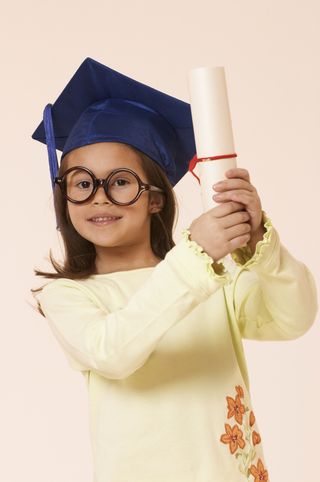 Two years ago I ran a seminar at the Nuremberg Toy Fair on the question:  Do the toys that girls play with as children have an impact on the professional and academic choices they make as women?  I had begun my research on this question because of concerns by some that gender stereotypical toys like toy brooms and baby dolls had a handicapping effect on women entering the sciences.

As I was leaving the conference, a gentleman approached me
to make the point that the notion of the sciences as a preserve for males was
not a global one.  In fact, he pointed
out that females actually dominated the sciences in parts of Asia and the
Middle East.

That comment came back to me when I recently came upon an
article in the New York Times by Hannah Fairfield entitled “Girls Lead in
Science Exam, but Not in the United States.”

According to the story, “a test [was] given in 65
developed countries by the Organization for Economic Cooperation and
Development. It finds that among a representative sample of 15-year-olds around
the world, girls generally outperform boys in science….” It seems that girls
outscored boys in Northern Europe and Asia to a significant degree.  They also outscored boys in the Middle East,
Southern Europe and Eastern Europe.

The important question that I have is what is happening in these other countries that forms such a different outlook in
females?  What if any role do toys
play?   If you are aware of research in
this area or have some insights please write in and let us know.