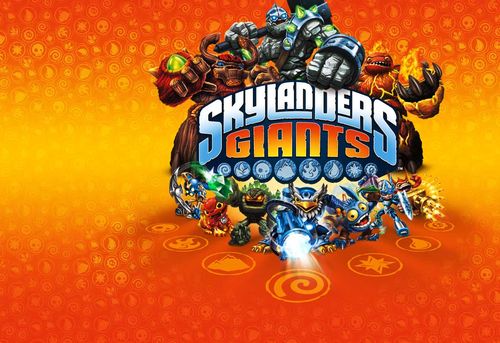 One
of the disappointments of 2012 was the failure of what was deemed to be a
powerful new category of play:  App Toys.   Why did this happen, particularly in light
of the spectacular success of Skylanders?

Many of us in the toy sector have our
opinions but why
not turn to someone who is a member of the digital play segment?  That’s what I
decided to do and by making that effort found an excellent article on GAMEZEBO
by Lloyd Melnick aptly entitled:  “Why
app toys fail and Skylanders soar.”

Lloyd Melnick
has a long history in gaming (He is
currently Managing Director
at the Verus Entertainment
Group) so his perspective is from the digital side.  I have attempted here to summarize his points
and to have provided some points of my own.
I do, however, strongly suggest that you read his entire article.

He begins by pointing out that a number of
big players made the effort this year but size did not seem to matter.  Here is how he puts it:  “Among the failed app toys were Barbie Dolls
and Hot Wheels cars with special conductors to control games on a tablet from
Hasbro, Disney’s Cars
AppMates, and a version of the Game of Life from Hasbro.”

He
sees the essence of their failure as deriving from the undisputable fact that
these are traditional toy companies attempting to play in the digital space.  This is the opposite of Activision’s
Skylanders which is a digital company entering the traditional toy arena.

Why though, does this give the digital player the
advantage?  Melnick has an answer and puts it this way:

The biggest problem with app
toys is that the toy makers are simply
trying to move the same product to a new platform. The toy companies do not
understand what creates compelling experiences on tablets (or consoles or
phones, for that matter). Instead, they
are replicating the same experience people have with the physical goods in the
virtual world, which is not what consumers are looking for.

In addition, Melnick says that in some cases the app merely functions as a gimmick rather than an
enhancement.  He points to the app
spinner for the Game of Life.  He notes
that ultimately it doesn’t do anything differently than a plastic spinner.  If there is no advantage, why does it exist?

Particularly interesting to me was his notion that a big
part of the problem for toy companies is that they “…are used to developing—and
are still developing—for retail, where there is a single discrete purchase,
driven by distribution, advertising, and point of purchase promotion.”  In other words, their essential business model gets in the way.  He speaks about “lifetime value” which is the notion

that a digital toy employing
the digital business model is intended to generate revenue by using a fan’s
interest in a game that they, using his powerful word, “love.”    The
more you are into the game, the more you are willing to pay for add-ons and
enhancements.  He ends by cautioning:  “They
[toy companies] must understand new business models and ways to appeal to
customers after doing business the same way for 50 plus years.”

Lloyd Melnick has given us a great deal of food for
thought.  My thoughts are:

These are my questions.
What are yours?