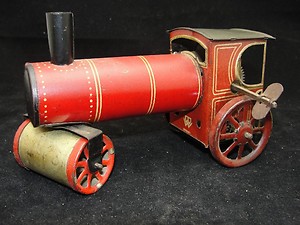 It is easy to believe that the concerns regarding Chinese
dominance of toy industry manufacturing is a new phenomenon.  That most toys were formerly made in the US
and that things changed about 25 years ago.

That was why I had an “aha!” moment this week as I was
researching some early 20th century toy companies that no longer
exist.  While doing my research I came
upon a hearing that took place in 1921 whose purpose was to consider whether
tariffs on imported toys should be increased (Here is a link).
The toy industry went before the
congressional committee led by none other than A.C. Gilbert, who pioneered toy
chemistry sets and was known for the Erector Set.

It seems that with
World War I behind them, the self-described “New American Toy Industry” was
concerned about the import of “cheap” German toys.  The Germans were said by the Americans to be
using inexpensive adult and child labor.
It’s startling how the reactions to Chinese imports in the late 20th
Century and German imports in the early part of the century closely mirror each
other.

The parallels are not just in the reaction to cheap
foreign labor but also to the sheer dominance that Germany exercised over global
toy production.  Below are figures I
found in the Congressional record.   They
are the comparative figures for American toy imports (excluding dolls) from Germany,
Japan, France, England and “All Other Countries” according to the Congressional
record.

What I find fascinating in these figures is that the
demand for lower priced goods was so strong that as Germany lost market share
due to the World War I years (America embargoed all German toys) that another
low price provider, Japan, picked up the slack.

If you are interested in history, it is fascinating to
read the transcript.  One of the congressmen
doing the questioning was Wisconsin’s Progressive Republican  Senator, Battling Bob Lafollette.  Also on the committee was Senator Reed Smoot,
the co-author of what was to become the Smoot-Hawley Act of 1930 that some
blame for starting the depression.

The more you know about the past, the present appears a
little less strange.