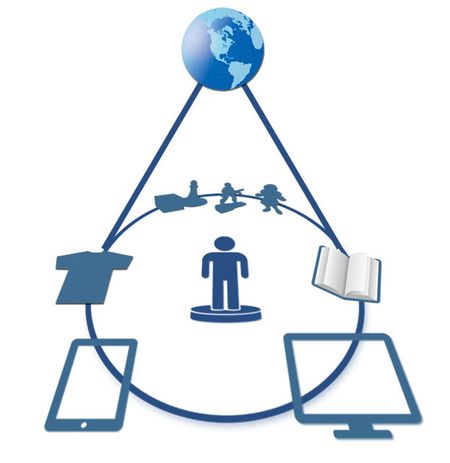 “The Toy Industry is dead, long live the play industry,” Richard Gottlieb blogged on Tuesday in what is sure to be a hotly
debated appraisal of the current status of the toy industry. Richard is right
on target. The sometimes-bitter conflict for shelf space in an ever-shrinking
toy aisle feels a bit like a battle in a war that has already been surrendered.
Toys generate substantial revenue, but seem to find a smaller and smaller
audience. 2012 toy industry sales are flat and retailers are cutting shelf
space.  Richard’s blog got me
thinking about the future of our industry and the current structures and
institutions in place. Mattel, Hasbro, Lego, Toys R Us, and so many other
stalwarts of the industry begin to look different, mere particles in a larger
ecosystem of play. It raises the question: what does the play company of the
future look like?

Agility – The needs
of play consumers change quickly and sometimes dramatically. Today’s major
manufacturers are not capable of the “turn on a dime” mentality that smaller
entities enjoy. For example, if Hasbro decided to immediately shift energies
into digital gaming and cease board game manufacturing altogether (I’m not
advocating!), the change would happen over the course of many months or years.
A much smaller company, like Cepia, ThinkFun, or Mayfair Games could, if
necessity demanded it, institute such a shift in mere days. The emergence of
digital publishing and digital music distribution are examples of seismic
industry shifts that can catch industry-leading companies unprepared. Many
publishers and music distributors were put out of business when these shifts
occurred.

Greater agility allows play companies to “go where the play
goes,” but large entities are inherently slower and stiffer. The industry has
come to expect annual Mattel and Hasbro layoffs, like clockwork. These entities
rely more and more on outsourced labor for manufacturing, marketing, creative,
and innovation/development. Designers become design managers. Marketers become
marketing managers. Internal teams become outsourced teams, commuting to work
via Skype and digital meeting services. Major manufacturers may spend more on
futurist research and development, but actualizing those innovations and new
thinkings can take so long that the ideas are stale before hitting the market.

In December 2012, video game developer and publisher THQ filed
for bankruptcy. Soon, the company was forced to sell off its many studios and
lay off its remaining staff. While THQ owned its studios, a less-connected
organization of specialized entities mitigates risk for the property or brand
owner. If Mattel ran the Monster High brand by working with various specialized
partners for each product category – dolls, plush, role-play, traditional
games, video games, mobile games, social games, apparel, entertainment, etc. –
then it would not have to staff each area of development and could instead
concentrate on employing staff vital to overall brand strategy and IP
development. Obviously, some of this is in place today, but for better or worse
expect toy companies to de-prioritize product marketers and designers in favor
of sourcing or even white-labeling specialized offerings as they become play
companies. Specialized production shops will further proliferate, mere particles
of a larger molecule constructed of many different companies doing very
different work on the same brands. Those strategists who can excel across all
areas? They are the firm foundation of the play companies of the future.

Accessible at Ground Level – Today’s toymakers are
all-too-aware that there are various obstructions between the consumer and the
play product of their choice. To buy a toy, a consumer must visit a physical or
digital retailer and use either product packaging or photos to make a purchase
decision. Smartphones have put game apps at gamers’ fingertips, but even apps
must find ways to stand out amongst competitors.

In this era of digital retail consumption, today’s toymakers
should reach for ways to bring together consumers and their play product of
choice “at the ground level.” One industry innovator,
in fact, is changing the way customers shop. Marbles The Brain Store, a
chain of almost 30 brick and mortar stores and a unified website, delivers
hands-on play with each and every product in their stores. Their sales staff
members, called Brain Coaches, are trained to play and demonstrate products.
Their stores feature custom shelving and displays rather than the traditional
horizontal slats customers expect. The experience is warm, engaging, and builds
loyalists and activists out of customers, even if they don’t make a purchase on
their first visit.

In 1985, Toys R Us’s “A Million Toys At Toys R Us” slogan
represented a depth of possibility, but today the quantity of products presents
stocking issues and high risk for the retailer. Kids and their parents don’t
know where to start. Exciting packaging and point of purchase displays, as seen
in most big box retailers, are no substitute for hands-on interaction with a
product. Imagine if retailers could take Marbles’ lead and let people play with
their toys. Manufacturers should work closely with retailers to deliver
packaging with more than just little “try me” arrows, featuring play elements
that are fully interactive prior to purchase.

Digital shopping and next day shipping have created new
challenges for brick and mortar retailers, but embracing change and adapting to
create a better retail experience for today’s and tomorrow’s play customers is
how strong companies come to stand out amongst a multitude of competitors.

Another factor that need not hamper the evolving  play industry is that of disconnected
marketing and advertising initiatives. The industry still uses the same old bag
of tricks to market to a customer that is savvier and less interested than ever
before. Social media was meant to change the way we market, bridging
conversation rather than carpet bombing consumers with ads and hoping consumers
listen. Instead, we’re still shouting from that soapbox. Our tweets and posts
are more akin to newspaper ads than they should be after years of supposed
adjustment to the new media tools.

A few years ago I became involved with Mary Couzin and the
Chicago Toy and Game Group’s ChiTAG Week events. Chicago Toy and Game Week
culminates in a huge, public toy and game fair attended by tens of thousands of
consumers. Consumer shows and consumer events are dirty words for a variety of
major manufacturers. The shows are called “regional” or “local” as if below the
interest of brand and marketing staff. Physical evidence and user data show
that ChiTAG and Marbles efforts prove a hands-on, ground-level, grass-roots
approach is the one most likely to convert potential customers to advocates and
loyalists.

Monetize the Ecosystem –
Toy manufacturers believe that the industry depends on outside entertainment
licenses, but that is only partially true. In reality, the entertainment
industry has a symbiotic relationship with toys. Case in point: Disney’s Cars feature film: global box office
revenue of approximately $461 million and licensing revenues totaling billions,
chiefly Mattel’s line of Cars toys. Another obvious example is LucasFilm’s
merchandizing of the coveted Star Wars brand, which lines George’s pockets with
$300 million annually even if there hasn’t been a new film since 2005. Star
Wars and Cars aside, retailers favorably support entertainment licensed products.
No movie, no toy line; no toy line, no movie.

As a greater play industry, we need to examine consumer
expectations and better understand what play experiences kids and their parents
are willing to pay for, rather than demand for free. We need to strategize how
to change or conform to these behaviors. It isn’t easy. The music industry
knows all-too-well that new platform availability can disrupt existing value
networks and expectations. Sell a song for $.99 and suddenly album sales
cascade. But if we understand play as a greater industry, encompassing
physical, digital, hybrid, and lifestyle play, the avenues of monetization will
become evident.

Innovation – Lastly,
the play companies of the future will find ways to innovate and expand beyond
the current toy categories. New structures and value networks will allow these
companies to experiment through rapid prototyping and even soft launches
followed by iterative development cycles. As an industry, we can begin to take
advantage of the tools utilized by software developers, including Scrum
methodologies better equipped to take advantage of user metrics, analysis, and
ongoing playtesting.

Toymakers have extensive supply chains in place for their
manufacturing processes. What use are these slow moving leviathans in a nimble,
versatile future, especially one including on-demand 3D printing? How do we
excel when tangibility is at the whim of the consumer? Can product-centric
brands see renewed energy as lifestyle brands? I for one am excited to see what
awaits us.