Bailey Bounds is the Editor of KidsWire®, a source which provides business professionals with the strategies, news and insight necessary for them to engage with digitally connected kids. The Digital Kids Conference which takes place at the Javits Center during Toy Fair from February 12-13.  Global Toy News is collaborating with the Digital Kids Conference in bringing you Bailey's excellent insights on the digital world.

As digital platforms and marketplaces continue to quickly evolve, FremantleMedia and Disney, two large kids and family entertainment-focused companies, have made structural and organizational changes to keep up in digital strategy and to build their businesses and create more room for growth. 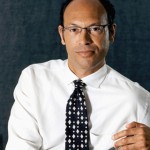 FremantleMedia last week announced company restructure plans which will help it strengthen core business activities and capitalize on future growth opportunities. As a part of its structure shift, the company will create FremantleMedia International and Kids, a new global division focused on distribution and kids and family entertainment. Led by David Ellender, who will serve as CEO of FremantleMedia International and Kids, the new division’s regional production operations will manage digital, licensing, sponsorship and other ancillary activities.

In another part of its restructure, FremantleMedia plans to create a new division to lead its digital and branded-entertainment efforts. The company has yet to decide who will lead that division. Sander Schwartz will still head FremantleMedia’s Kids and Family Entertainment division but will now report to Ellender.

Through its shift in company structure, FremantleMedia aims to build and enhance core business activities and power a new stage of growth and development.

FremantleMedia isn’t the only company switching up its structure.  Disney is also making a large organizational change, recently announcing that it will close Junction Point, the Austin, Texas, game development studio behind the ‘Epic Mickey’ series. The company says the closure will terminate all employees including Vice President and studio head, Warren Spector.

In an e-mail statement, Disney announced, “It was with much sadness that we informed our teams today 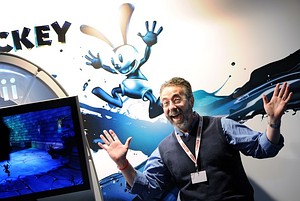 of changes to our Games organization, which include the closure of Junction Point Studios. These changes are part of our ongoing effort to address the fast-evolving gaming platforms and marketplace and to align resources against our key priorities. We’re extremely grateful to Warren Spector and the Junction Point team for their creative contributions to Disney with Disney Epic Mickey and Disney Epic Mickey 2.”

Part of Disney’s decision to close Junction Point is its effort to downsize and place a sharper focus on its structure and organization to create stronger digital content.

Another large element of Disney’s gaming business shift will be its Disney Infinity initiative, which the

company has announced will launch worldwide in June. Disney believes its sharper digital focus will pay off in this new effort because Disney Infinity is more than a game or title; it’s a whole platform.

As the FremanteMedia and Disney’s restructures go into effect, the Digital Kids™ community can expect stronger digital initiatives and business strategies from both companies.