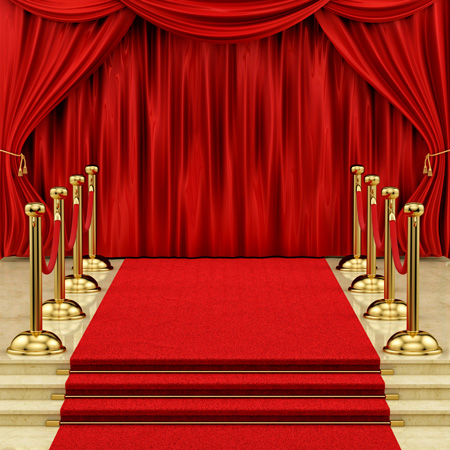 Newcomers might be surprised to find that large portions of the
upcoming New York Toy Fair are roped off and off limits. A curtain, stanchion,
booth wall, or “booth babe” acts as barrier to prevent entry into top secret
showrooms that are invite only. Many manufacturers opt to exhibit in off-site
showrooms, as if they merely happened to be displaying product in Manhattan
over the course of the same week that Toy Fair hits the city. Woe be the fool
who tries to gain admittance into these exclusive areas without their name
present on a pre-approved list.

Of course, those of us who are not first-timers know people,
and know people that know people, so we can usually finagle entrance by
reaching out in advance or tagging along with a friend. Inventors, vendors,
agencies and media can, with careful planning, push aside Toy Fair’s barriers.
Competitive manufacturers need not even try.

But there is one sure-fire way of viewing those top-secret,
mysterious showrooms: go on the internet. Manufacturer-sanctioned images and
descriptions will have made their way online to industry and public news
outlets. Some of it will even be on the evening news. Yep, by the time Toy Fair
opens its doors next week, virtually every single product shown in a
closed-door showroom will have been premiered to the media, collectors and
various other parties. Those secret showrooms feature few to no surprises to
anyone with a laptop, tablet or smartphone.

So why all the secrecy? Conventional wisdom says manufacturers
are concerned about competition, particularly from the various copycat
manufacturers out there, ripping off products and tossing cheapened versions
into the market before U.S. manufacturers can get their products out. But
copycats can use the vast array of photos and descriptions available online.

Another probable explanation is that manufacturers don’t want
their showrooms clogged up with unwanted guests while product is showcased for
retail buyers. But is mid-February really still the time for buyers to view
products? Most major- and mid-sized manufacturers hold elaborate private
showings and demonstrations quarterly. Walling off Toy Fair isn’t protecting
intellectual properties or even enabling buyers.

I’m not sure why manufacturers exhibit so secretly at Toy Fair.
I don’t see a whole lot of reason for the curtains, stanchions, and walls. Come
to think of it, I’m not sure why our industry is so secretive in general. There
will of course always be necessary restrictions between businesses competing
for market share. Confidentiality is vital throughout development. But these
dividers extend too far into our industry. Toy invention firms are relegated to
battling over dwindling SKU counts; they close their doors and hide their
ideas. Manufacturers plan elaborate, clandestine battles for space in an
ever-shrinking action figure aisle. Doll makers compete for vital licenses. All
the while, the industry stagnates and loses a bit of ground to other avenues of
play like video games, smartphones, and entertainment. The toy industry is
stuck in a turf war instead of expanding. These bindings are debilitating
industry-wide innovation and thought-leadership. The tourniquet of secrecy is
wrapped too tightly.

All indicators point to relatively flat toy sales in 2012.
Expect further tightening of the tourniquet. Richard Gottlieb wrote that the
very best thing Toy Fair (and so many other industry events) offers is the
thought leadership of those assembled. I say, once a year, pull back the
curtain and collaborate. As a group and as an industry, innovate the future of
toys and play. Expand horizons beyond the ever-shrinking aisles and the
increasingly similar line offerings.

What are we so afraid of?