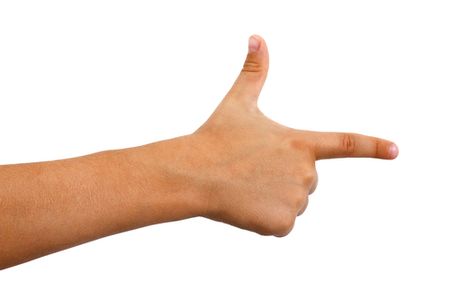 Earlier in the month I wrote a piece entitled:  “The Toy Industry; Are We the Military Industrial Complex of Childhood?”  In that posting I noted that “when the second and first amendment advocates began pointing fingers at each other after the Newtown tragedy, we in the toy industry were not accused of promoting violence.  One side pointed the finger at real guns as the cause and the other said it was due to “first person shooter games” and movies.”

As can be attested to by this headline:  “Gun-Control Debate Hits $16 Billion Toy Industry,” I spoke too soon.  The author, Beth Snyder Bulik, wrote about a blogger, Meredith Carrol with the Denver Post, who has banned toy guns in her home.  She also wants them to be removed from stores.

I was intrigued and located Ms. Carrol’s posting “Playing Around with Violence.”  I found her piece to be compassionate and her frustration fully understandable.  Many of us felt and feel so frustrated that we feel the need to take action and make a difference.

As you will see, I don't agree with her on banning toy guns but let me allow her to speak for herself (and I encourage you to read her entire posting):

While I was at a supermarket in Aspen just a few days ago, a boy not older than 4 sat in a shopping cart being pushed by his mom while creating a war — complete with imaginary bombs and noisy explosions — between an apple and potato… It's been two weeks since the atrocities at Sandy Hook Elementary School in Newtown, Conn., and the thought of guns still makes me shudder with a profound sadness and dread.

She goes on to write:

If we don't think that violent video games, shoot 'em-up films, toy weapons and imaginary wars being fought by our young boys contribute in some small way to the more than 33,000 annual gun deaths, we need to think again…Little boys playing with little guns grow up to be adolescents and young adults who often feel falsely empowered by the nonsensical skills they think they've developed using a video-game controller or mouse.

She concludes her thought on toy guns by writing: “families who tacitly allow the desensitization of little kids and adolescents to blood and death, and permit violence — real or imaginary — as an activity played during family time and on home turf are fooling themselves if they don't think they're part of a larger cultural epidemic.”

What struck me was that the child in the shopping cart was not playing with a gun.  He was acting out violence using, of all things, an apple and a potato.  It is the human condition that children, and particularly boys, act out themes of violence in childhood.  Some psychologists believe it is how they adjust to the violence and possibly death that awaits them as adults.

I don’t think that a parent has a lot of control over a child’s need to act out violence.  Discouraging it may, in fact, have the same impact as depriving kids of sugary treats.  They may

go overboard in the other direction as adults.  Children have been playing with violent toys since before there were toys and I imagine they will continue to do so.

Let me be very clear, I have in the past stated on several occasions that I believe that the toys we play with as children have an impact on who we become as adults.  It would be disingenuous of me to say, therefore, that toy gun play is an exception.

I believe, however, that if we take toy guns away, children will, as Ms. Carroll noted, use potatoes and  tomatoes an in addition a finger or a stick; it is therefore all context.

A healthy child can play with toy guns and grow up to be a healthy adult. Parents have an obligation to their sons and daughters as well as society in general to make sure that their children play appropriately and that violence does not consume them as the overwhelming point of play.

Ms. Carroll is right; it starts in the home.  Where I disagree is in the notion that banning toys will solve the problem; you may as well ban vegetables.  What is important is for parents to monitor their children and if they don’t like what they see, take action; speak with the child and if that does not work get help.

Do you agree with Meredith Carroll’s perspective on banning toy guns?

Do you believe that toys guns have an impact on violence later in life?

Let us know your thoughts.