Genna Rosenberg is the Principal of GennComm, an agency focused on Communications, Strategy and Connections for clients in a myriad of industries including toys, licensing, consumer products, technology and more.  Rosenberg has far-reaching relationships, and over the years has been a strategic and public ambassador for many of today’s most beloved and classic kids’ brands with licensing industry giants including JibJab, Disney, Nickelodeon, Marvel, Sanrio, HIT Entertainment, Warner Bros, Sony, Mattel, Hasbro, World Wrestling Entertainment, UFC, and many more. She is a spokesperson to worldwide media on toy industry issues, and is also deeply passionate about children's philanthropy.  She holds Board positions with Camp Ronald McDonald for Good Times, the Toy Industry Foundation, and Women in Toys, for which Rosenberg co-chairs the annual Wonder Women in Toy Awards dinner, which will be held on Sunday, February 10, 2013 in New York City. 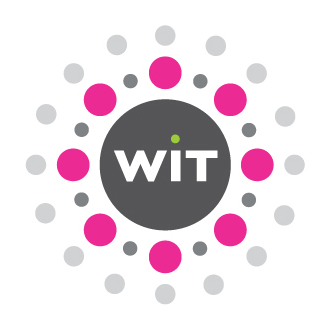 Richard: There's a lot going on with Women in Toys (WIT) these days.   With Nuremberg happening now and New York's American International Toy Fair around the corner, what's in the works?

Genna:  There are so many ways to get involved with Women in Toys in 2013, with lots of changes and new initiatives launching in the coming months.  As you may know, WIT is a mentoring and networking organization for women and men that work in Toys, Licensing and the Entertainment Industry, and this year our goal is to make WIT even more valuable to all of our members.

We look forward to our annual Women in Toys Nuremberg Toy Fair Breakfast co-presented with NPD on February 1st, called The 5th Annual Trends in the Toy Industry Nuremberg Networking Event. And probably our biggest news is that at we have aligned with Walmart and in New York will launch the first ever WIT-Walmart Women’s Global Economic Empowerment Initiative, which will give Women-owned paid WIT members entre to meet with the entire Walmart toy buying team at NY Toy Fair!  The Walmart WIT PiTCH Meetings will take place on the afternoon of Monday February 11th, when Walmart will meet with dozens of WIT member minority owned businesses and they hope to glean some true gems from manufacturers who are in business, but not yet doing business with Walmart.  There are even opportunities for niche or regional products, and also for some which may be available only on walmart.com.  We are very proud to collaborate on such a priceless mentorship program and help open doors for WIT Members with exciting new products in a myriad of toy categories with the world's largest retailer.

The day actually kicks-off with a panel discussion: “Top 5 Tips for Selling to Walmart, by Two Women Who Have Done It!” on Monday, Feb. 11 from 12:30-1 pm in Room 1C04 at The Javits Center, which will be an informative conversation with Carol Fenster, Founder of Baby Abuelita, Amy Pennington, President and Founder of Paradise Kids, Patti Becker, of Becker Associates LLC and Reisa

Schwartzman, from Griddly Games. It should be really informative.  We have a pretty packed schedule for the Walmart buyers but WIT Members can get on a cancelation list by contacting PBecker@BeckerAssoc.com.

Richard:  Tell us what's in store for the 9th Annual Wonder Woman in Toys, Licensing & Entertainment Awards this year.

The 9th Annual Wonder Women of Toys, Licensing and Entertainment Awards Dinner will also be held in New York City Sunday, February 10, the first night of Toy Fair 13’.  Ashley Mady, president of Brandberry and I will be co-chairing the event again this year and we are happy to announce we are returning to The Light House at Pier 60, with its fabulous Abigail Kirsch gourmet menu and floor to ceiling windows overlooking the New York Skyline.  But more importantly, the dinner will recognize and celebrate exceptional women in our industry in a variety of categories including Designer or Inventor, Marketing and Branding, Rising Star and Socially Responsible. Our incredible Wonder Woman Award Finalists come from dozens of companies, including Disney, Nickelodeon, JAKKS Pacific, PBS Kids Sprout, Toys R Us, Mattel and many more. There will be 10 Wonder Women Awards given, with the winners revealed at the awards dinner, including the first ever Superman award, for a man who has been a longtime WIT Member and greatly contributed to the growth and success of our organization.

Last year we introduced the much overdue Lifetime Achievement Award. Joanne Oppenheim from the Oppenheim Toy Portfolio was the first Wonder Woman to receive such recognition for being a true trendsetter in how we talk about the value of play and the importance of providing our kids with quality playthings.  We are thrilled to announce that this year’s Lifetime Achievement Award winner is the incomparable Cathy Meredith. Cathy spent her 38 year career as part of the Hasbro/Milton Bradley family, and recently retired from her position as the Senior Vice President, New Brand Franchises, Licensing-In for Hasbro, Inc., She was a key industry member with far-reaching relationships she nurtured at Hasbro and in her position on the Board of Directors for LIMA (Licensing Industry Merchandiser’s Association). She was nominated by longtime licensor, Ann Kearns of Sesame Workshop, and was quickly affirmed by the WIT Board and Advisory Board.  Cathy left a mark in the industry after 38 years in the business and exemplifies what it means to be a Wonder Woman in Toys, Licensing and Entertainment.

We also present Scholarships from The Women in Toys Foundation at the Dinner to an impressive roster of young women who are studying toy design at college universities around the world including throughout the US, Canada, Israel and Canada. This is a core mission of WIT's and also especially close to our President, Joan Packard Luks, president of The Serenata Group.  She works hand and hand with the universities because these shining students are the future leaders of our industry.  It's a great to celebrate them at the dinner, and also expose them to the impressive brain trust in the room! We have such generous sponsors that especially help make this part of the evening possible, including:  JAKKS Pacific, Mattel, Toys R Us, The Toy Industry Association, Funrise, Madame Alexander and more.

We already have more than 300 reservations and there are a ton of fun things planned for this year, including a fantastic gift bag, dynamic Magicians provided by Fantasma Magic and other surprises.  If you have not yet done so, there is still time to purchase tickets to our event. The awards dinner will not only be a great networking opportunity but a wonderful way to pay it forward and honor some truly spectacular women in the industry. Visit the womenintoys.com website for more information.

Richard: Do you have chapters all over or just in New York?

Genna:    Wit is Global!  We have active Memberships all over the world, which means access to information and fellow toy industry folks to collaborate and share best practices with.  It's incredibly reasonable to join…  It's only $125 for one year or $225. for two years, and then Members get tons of benefits such as access to our major WIT-Walmart initiative, deep discounts over non-members on networking events and more.  We have Memberships in New York, Southern California, Florida, Southern New England, Minneapolis, MN, Portland/Seattle, Denver, Texas, Washington, DC, Middle East, United Kingdom, Scandinavia, Canada, Hong Kong, Spain & Spanish Speaking Latin America.

I am actually excited to be taking over as The Chair of the Southern California Chapter from Suzanne Mills Winkler and Victoria Cushey of Dynamic Designworks, Inc. who have passed the torch to me after having done an amazing job over the past five years!  They have big shoes to fill, but they have smoothly paved the way for an easy transition, and I am up for the challenge.  Southern California has giant potential, with more than 250 toymakers based in the area.  I am actively looking for a strong co-chair to help bring the So Cal Wit Membership to new heights.   And we are also excited to be launching a new Bentonville, Arkansas chapter co-chaired by Lori Costley from Wal-Mart and Sherry Perry from Mega Brands, two Wonder Women in their own right.  They believe and we agree there is significant potential for the Bentonville chapter as well.

To purchase tickets to the Wonder Woman Awards Dinner or any other event, please go to www.womenintoys.com