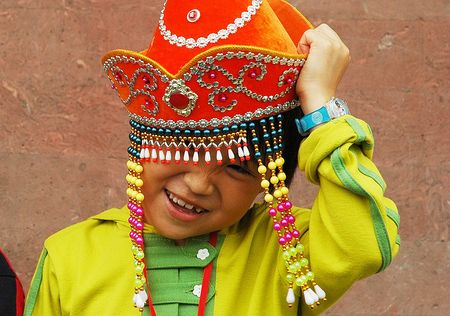 When you get to know the leaders of the Hong Kong and
Chinese toy industry you realize what an
incredible group of people they are.
These entrepreneurs bootstrapped their way to success by taking on
enormous risks.

Those characteristics, however, may be missing in
at least some of China’s young adults who are products of the “One-Child”
policy that limits families to a single off-spring.  That is at least according to researchers at
Monash University in Australia.

Here is how an article in the South China Morning Post ("Beijing’s One-Child Policy Has
Negative Results for Society”) puts it:

They are called "little emperors" – the
mainland children born under a law that generally limits urban families to one
offspring. They grow up as the sole focus of doting parents, so how does this
affect them and what does it mean to Chinese society if generations are raised
this way?… researchers present new evidence that these children are less
trusting, less competitive, more pessimistic, less conscientious and more
risk-averse than people born before the policy was implemented… The study's
authors say the policy has significant ramifications, leading to less
risk-taking in the labor market and possibly fewer entrepreneurs.

The study contends that an only child lives in a less competitive enviornment
in childhood as he or she does not have to fight for attention.  I am not so sure that I agree with the
study’s contention as, at least in American society, only children and oldest
children seem to be the highest achievers.

I became curisous and located an earlier research paper on the same subject, “The
Dilemma of the Only Child,” that bore out my notion.    It noted that:

…research
conducted by Falbo (Brophy, 1989), a psychologist known for work in the area of
birth order, … found that Chinese only children fared no worse in personality
or achievement than their counterparts with siblings. However, only children
are also often seen as high-achieving, motivated, and successful…

Who is correct; Monash University or the older study? My guess is that this
new generations is going to

indeed cause a shift in Chinese society.  Those effects, however, will probably be neither
better nor worse but certainly different than anything we can project at this
time.  After all we have to give these 20
somethings at least another 20 years to see what they can do.