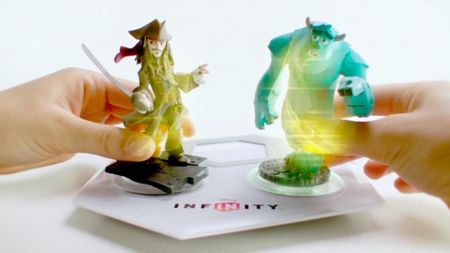 Bailey
Bounds
is the Editor of KidsWire®, a source which provides business
professionals with the strategies, news and insight necessary for them to
engage with digitally connected kids. Richard Gottlieb will be an EMCEE at the
Digital Kids Conference which takes place at the Javits Center during Toy Fair
from February 12-13.  Global Toy News is collaborating with the Digital
Kids Conference in bringing you Bailey's excellent insights on the digital
world.

Interactive toys combining physical and
digital components have been on a tear, and the Skylanders and Disney Infinity
gaming platforms in particular have made in the Digital Kids™ market.

A year ago, Activision Publishing’s
Skylanders franchise embraced the of
bringing toys to life in a virtual world, launching real-life figurines and
accessory packs into online environments through a portal kids attached to
their mobile or tablet device. The products took off. Activision Publishing,
Inc. announced recently that the Skylanders
franchise has hit $500 million in U.S. retail sales since its October 2011
debut, according to the NPD
Group.

“We’re humbled by the continued support and
acclaim from parents, kids and critics alike, but more importantly, it’s
gratifying to see kids excited about the adventures that await them both in the
digital and physical worlds,” said John Coyne, Vice President of Consumer
Marketing, Activision Publishing.

The
Skylanders platform isn't the only to shine in a recent spotlight as Disney Interactive  announced
its new Disney Infinity gaming platform last week. Like Activision, Disney is
diving into the concept of

bringing traditional toys to life in a digital
world, also including real-life figurines which launch into a virtual world
through mobile and tablet-connected portals.

What makes
the Infinity initiative one of Disney Interactive's "most ambitious
ever" is that it incorporates characters from three Disney franchises and according
to Disney "ignites kids’ creativity and imagination by allowing them to
build their own stories and environments featuring their choice of character combinations.”

Rather than
functioning as a single game, Disney Infinity will work more like what Disney
calls a “virtual toy box,” allowing young consumers bring collectible figures
to life in interactive worlds they create themselves.

The gaming
platform will include both “Play Set” and “Toy Box” modes. When in “Play Set”
mode the gaming experience stays true to a specific franchise, with no
character crossover, while in “Toy Box” mode, children can “mash-up” their
favorite Disney characters, customizing their own virtual world which they can
also share with friends on and offline.

In both
modes, kids place physical Disney collectible characters on a pad which
“teleports” the selected characters into the game.

Set to
launch in June, Disney Infinity will be available cross-platform on consoles,
mobile devices and online.