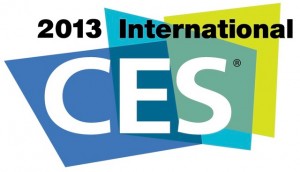 Bailey Bounds is the Editor of KidsWire®, a source which provides business professionals with the strategies, news and insight necessary for them to engage with digitally connected kids. Richard Gottlieb will be an EMCEE at the Digital Kids Conference which takes place at the Javits Center during Toy Fair from February 12-13.  Global Toy News is collaborating with the Digital Kids Conference in bringing you Bailey's excellent insights on the digital world.

Tablets designed specifically for children emerged at the show, indicating market drive to provide a safe, affordable and educational place for kids online. 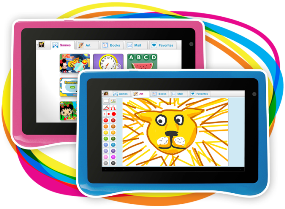 Notable kids tablets featured at CES include Ematic’s FunTab Kids’ tablets which come in four different sizes and use the Android Ice Cream Sandwich operating system. FunTabs come loaded with games such as Angry Birds along with other features like interactive story books and art studios.

In addition to kids mobile and tablet devices, last week’s CES also saw a trend in kids augmented reality innovations, which highlight interactivity and explore the space between real and virtual play.

platform, Vuforia, the Big Bird’s Words mobile and tablet app allows children to pick a word on the device and then identify it in a real-world environment with a rear-facing camera. In partnership with JAKKS Pacific and NantWorks, LLC, Disney also jumped on the augmented reality bandwagon at CES by presenting a DreamPlay game that incorporates NantWorks’ iD technology with an iOS app, allowing children to point smartphones and tablets at a DreamPlay toy to bring it to life with animations and other Disney character reality interactions.

These kids mobile, tablet and augmented reality innovations are only a few of the products presented at CES. They highlight the important role mobile and tablet developments as well combined virtual and physical worlds will play on the Digital Kids™ platform this year.

Entertainment and media companies seeking to engage with digitally connected youth will be keeping up with the latest strategies, technologies and techniques in the Digital Kids™ space at Engage Digital’s annual Digital Kids™ Conference, taking place in New York on February 12-13. Global Toy News President, Richard Gottlieb, will be an EMCEE at the event.