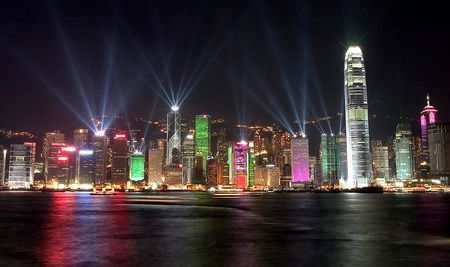 I have been here for three full days and in that time I have gotten a chance to speak with leaders from the Hong Kong, Chinese, and European, Latin American and North American toy industries.  In general, the mood is not down but certainly sober with a sense that the toy industry, at least for now, is not a growth industry.  There is simply too much competition from new and exotic forms of play.  As a result, toy companies I spoke with seem resolved to hold on to what they have.

Having said that, actitivy at the Hong Kong Toys and Games Fair seemed brisk with exhibitors I spoke with reporting lots of activity at their booths.   In addition, some s seemed to have done some heavy investing in their displays so the show had a nice appearance and vibe on the floor.

Prices, due to down sales in 2012, are currently stable with little or no increases.  Suppliers are, however, concerned about rising minimum wages in 2013 as well as a sudden, and unexplained jump in resin prices over the last week and a half.

Another concern is over how many trained workers will return to the factories after the long Chinese New Year holiday in February.  The majority of toy industry factory workers live in dormitories far from their homes.  The New Year is a time when many of them return to their villages and cities for the holiday.  It is not unusual for workers who miss their hometowns to remain with their families rather than return to the factories.  If there is a high degree of absenteeism this year, employers will be forced to pay higher wages in order to attract new employees.

I have heard fairly consistent reports that 2012 was a struggle for Toys R Us and Target while Wal-Mart fared well.  I am also, however, hearing reports that Wal-Mart plans to cut toy SKU’s in favor of electronics.  That idea didn’t work out so well for the retailer last time it tried this so we will have to wait and see how this plays out.

Another concern is with Kmart.  Though I heard reports from some vendors of strong toy sales at the retailer, others expressed concern that Chairman and major stockholder, Eddie Lampert, is taking over as CEO of the company.  The worry is about his motivation for taking on the job and concerns that he intends to break the chain up for the value of its real estate holdings.  That notion seems, at least at this time, to be a bit paranoid but there is always that saying:  "A little paranoia is the secret to a long life."

Some toy companies are feeling a financial pinch so look for some possible M&A announcements prior to Toy Fair in February.  Bottom line, the toy industry appears to be in for a period of stagnancy until it come up with some truly new and innovative products that help it stand out from its, at least for now, flashier competition.  A more vibrant global economy wouldn't hurt either.