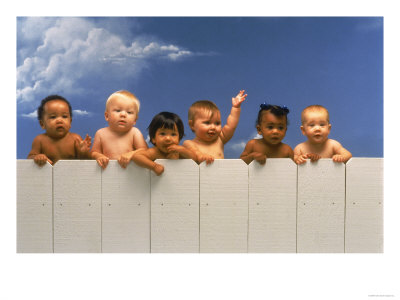 Those who market products for children take heed.  The United States Census Bureau has announced that by the year 2018 (five years from now) there will be no single racial group that makes up a majority of the population.  Here is how The New York Times puts it in an article by Michael Cooper entitled: “Census Officials, Citing Increasing Diversity, Say U.S. Will Be a ‘Plurality Nation’:”

The term “minority,” at least as used to describe racial and ethnic groups in the United States, may need to be retired or rethought soon: by the end of this decade, according to Census Bureau projections released Wednesday, no single racial or ethnic group will constitute a majority of children under 18. And in about three decades, no single group will constitute a majority of the country as a whole.

Not only is the population changing racially, it is also getting older as immigration slows down and people choose to have fewer children.  To give you an idea how much population growth is

slowing, the Census Bureau stated that “The nation’s total population is not expected to hit 400 million until 2051, which is 12 years later than the bureau previously projected.”