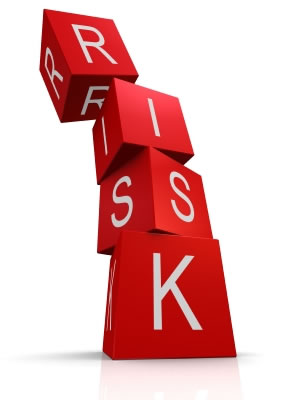 In my last posting, "Have Toys Gotten Boring," I wrote that the toy aisle, through lack of innovation, has gotten boring.  By avoiding risk and recycling toys from the past, the toy industry is not producing the kinds of toys that are interesting to today’s children.  The result is a continuing slide in the sale of traditional toys.

In general, the bigger the entity, the more risk-averse the company becomes.  The toy industry is dominated by a few large, publicly held companies that sell to a few publicly held retailers.  The risk-averse seek out the risk- averse and as a consequence toy departments are dominated by products that are unsurprising due to television advertising or an evergreen status; not a lot of excitement but a great deal of predictability.

part in the steady erosion of toy industry sales.  To that point, author, Nassim Nicholas Taleb makes the case for risk in his new book Antifragile: How To Live in a World We Don't Understand.  I learned about Taleb in an interview conducted by Slate writer Linda Geddes.   Geddes titled her article “Chaos is Good for You” and it seems like that might be good advice for the toy industry.  Here’s why:

Mr. Taleb coined the phrase, Antifragile; to describe the desired condition for organizations and people.  Here is how he defines it:  “When you ask people what is the opposite of fragile, they mostly answer something that is resilient or unbreakable—an unbreakable package would be robust. However, the opposite of fragile is something that actually gains from disorder.”Trial and error," Taleb points out, "is an antifragile activity."

The need for new and innovative is therefore more important than ever.  Why, because the toy industry is confronting a generation of consumers and players that has very different interests, tastes, skills and abilities than the previous generations; generations who now determine what products come to market. That's why we are seeing anything from My Little Pony to Mr. Potato Head taking a return bow. These decision makers are, in many cases, giving today's kids the very same toys that they played with.  If this continues, the toy industry could well continue its decline.

In the meantime, creating products for this new generation of consumers is going to mean testing out new play patterns and that means risk.  Those who take on that risk could be the big winners.  What do you think?

Thank you Alice Wang from Spark Box Toys for sending me the article, “Chaos is Good for You.”