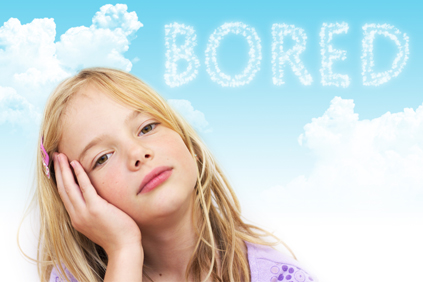 “Top toymakers have banked on what's safe, clutching onto classics that were hits back when today's grown-ups were kids.”

The toy industry is having a pretty rough year.  One of the reasons may be that the toy department has become boring.  I found two articles that, when put together, illuminate the problem and offer some solutions.

The Fortune article, “Why there are no new toys for Christmas,” notes that the toy industry is set to have its worst year in the last 30 and the author, Nin-Hai Tseng, blames it on a lack of creativity.

The other article, an interview entitled “Chaos is Good for You,"  is written by Linda Geddes for Slate magazine.  The interview subject is Nassim Nicholas Taleb, the author of The Black Swan and Antifragile: How To Live in a World We Don't Understand.  Taleb writes about the importance of uncertainty in making people, businesses and systems stronger.

The article by Tseng, points the finger at playing it safe as the reason the toy industry has seen its revenue numbers decline.  He writes:  “top toymakers have banked on what's safe, clutching onto

classics that were hits back when today's grown-ups were kids. Think of the 1960s classic Easy Bake Oven by Hasbro (HAS), which re-launched in 2007; My Little Pony, which debuted in 1983… And remember Mr. Potato Head? The plastic mix-and-match potato was big in the 1950s and continues to sell in the millions today.”

I think Mr. Tseng may well be right about the toy industry at large playing it safe and I think he is certainly right about Hasbro which makes the aforesaid Easy Bake Oven, My Little Pony and Mr. Potato Head.  Simply put, any industry that keeps repurposing its past is going to eventually become boring.

We'll look at that as well as the importance of risk, chaos and change in my next posting.