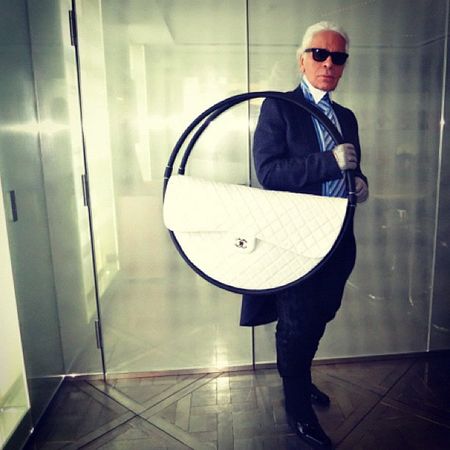 In case you missed it, the famous fashion designer Karl
Lagerfeld made a fashion statement last month with, of all things, a hula hoop.
According to a New York Times article by Caroline Tell (“It’s Been Getting
Around”) Lagerfeld “introduced his ridiculously oversize
hula-hoop beach bag at a Chanel runway show last month.”

According to the article, it was “Among the most
talked-about accessories to emerge from this season’s shows….”  But why; Ms. Tells senses that it
demonstrates affection for the hula hoop and Pop-Culture in general.

It appears that the hula hoop launched a half century ago is
the style du jour.  Christie Brinkley,
Michelle Obama, Marisa Tomei and Jimmy Fallon are just some of those Hula hooping.  And it appears that the toy is going
upscale.  According to Ms. Tell, there is
now a Goat Skin covered Hula hoop.

Should we be surprised by the continuing love for the hula hoop;
not really?  Toys embrace us in youth and
leave their mark.  What other toys would
make for a fashion statement?  It’s
something to think about.