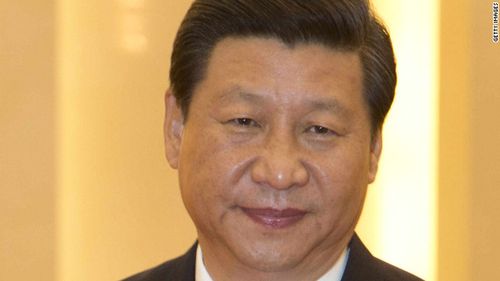 In my last post, "The Other Election," I wrote that "the election that may have an equal or even greater impact on the toy industry
is happening right now, behind closed doors in China."  In this posting, let's take a look at the likely new leaders and what their asencion might mean.

The man who
is expected to become the new General Secretary of the Communist Party is Xi
Jinping. This will make him the most powerful (but not the only powerful) person
in China.  It appears that he has a great
deal of experience in dealing with and supporting private enterprise.  He has, however, also been a supporter of the big
government owned businesses which have tended to be less economically viable
then the private sector.  It would
appear, therefore, that there will not be a lot of change in the current
economic system.  He does not, however,
seem to be particularly open to the idea of the

Communist Party sharing power
with other entities and is described by The Brookings Institute (see China’s
Top Future Leaders to Watch) that he is “…seemingly in line with old-fashioned
Marxist doctrines.”

It appears that Li Keqiang will become the new
Premier.  He seems to be attuned to the
need to create a softer environment for the Chinese people and therefore has
championed, according to the Brookings Institute  “…affordable housing, providing basic health
care, balancing regional development, and promoting innovation in clean energy
technology.”

The Wall Street Journal put the challenge for China and these new leaders this way:

Economists inside and
outside China warn that to continue growing, the country needs to rely more on
private enterprise and consumer spending. That means clipping the power of
state-owned firms, curbing land grabs by corrupt local officials and creating
tens of millions of new consumers in the cities by giving migrant families
better access to welfare.

It appears, at least at this point, that there will
probably be a continuation of the opening of the private sector, some softening
of living conditions for the people and an attempt to get corruption under
control.  The Communist Party will do no power sharing and state owned enterprises will continue to get government support.  As to how far that effort
succeeds may well have an impact on what kind of a place China will be for
those of us in the toy industry and world that depend upon it.