What
do you want to be when you grow up? 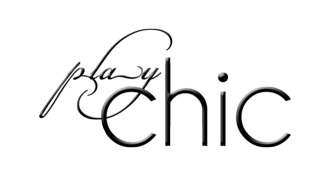 No
matter how you ever answered this question, your answer was the same: You were
declaring your
favorite play pattern. Every profession has a play pattern at
its heart. Architecture and construction have a firm foundation in building
blocks. Many a composer started out by banging on pots and pans. And the
fashion industry can trace its roots back to playing dress-up.

Playing
dress-up is enchanting. It's the extraordinary ability to change who you are by
simply changing your clothes. Growing up and figuring out who you are can be a
painful process. 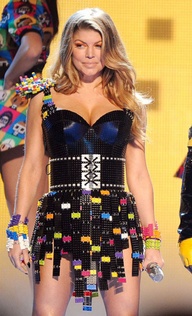 Experimentation and superficial differences often result in
bullying, teasing and being ostracized at a time when you are craving
acceptance. That's why dress-up is so captivating: It's the permission to
change. And change radically; quickly. It's a magic so addicting that it has
spawned the multi-billion dollar global fashion industry.

Toy
and game brands are no stranger to haute couture fashion. The pop singer Fergie
wore a dress made out of Legos to the 2011 Kids' Choice Awards. Hasbro's
Monopoly teamed with Junk Food Art House to trot down the runway last February.
But never before have different designers and multiple toy and game brands
teamed up to produce one show on the same runway – which is why ChiTAG's
playCHIC Fashion Show is an historic and extraordinary event.

The
six brands walking the playCHIC runway on November 14th represent a very timely
snapshot of the kids' entertainment industry. What's more – the unique play
patterns of these brands have themselves inspired the playCHIC designers to
push the fun and playfulness of haute couture "dress-up" to a new
level.

Toy
designer Be Fore got to play dress-up with the digital toy brand Moshi
Monsters. These virtual pets

have been "adopted" by more than 65
million kids worldwide. Digital has revolutionized collectable play by giving
children unlimited characters to stockpile and access to their lush worlds and
backstory. Imagine the haute look inspired by the twinkling eyes, goofy fanged
grins and bright candy-colored drool of several million monsters.

Fashion
designer miriam cecilia stepped into the rough-hewn world of The Settlers of
Catan. Published in the U.S. by Mayfair games, Settlers was among the first
"German-style" strategic board games to become popular in America. In
Settlers of Catan, players spend resources like bricks, lumber, wool, grain and
ore to competitively settle more land on the island of Catan. Miriam's couture
looks will join millions of Americans in their quest to settle more territory –
in the hearts of the fashion show audience! visionary game designer David Hoyt to bring this idea of a
personalized experience to game play – that's wearable. David's game Word
Winder is a post-modern classic – the strategic spelling play is simple and
addicting enough to join the echelons of Scrabble, yet Word Winder suffers from
none of the cardboard malaise that plague many heritage brands. Existing as a
physical board game, a book and a tablet app for both the Nook and iPad, Word
Winder has been multi-platform nearly from its inception. And at playCHIC, Word
Winder is taking it to the next level: Imagine a couture look that's unique to
every single wearer, every time they wear it – through game play.

No
fashion show would be complete without the glamorous and the girly- and
playCHIC has got more than an eyeful to deliver. Designer Elda de la Rosa
specializes in evening gowns, which is a perfect fit for the deliciously
curvaceous ink lines of Brenda Starr, Reporter. This scarlet-haired 1940s
adventurer of comic strip fiction will saunter out of the newspaper and down
the playCHIC runway, bringing with her the definition of glamour, which many of
today's heroines have her to thank for. Brenda is one of the original fashion
plates, and she had the story to go with it: Romance, trouble and dashing,
eye-patch-wearing men. What more could a designer ask for? Royale. This classic girl brand is a pleasure to behold: Graceful
horses with cascades of flowing hair in brilliant colors to brush and braid.
The gilt curlicues, ruffled accessories and sugary hues of Pony Royale will
make any little girl involuntarily squeal with delight. The sheer girliness of
Pony Royale enraptured renowned fashion designer Nade’s daughters, who
translated that enthusiasm into an amazing look for the playCHIC runway.

At
the heart of any production, at the impetus of any play, is a pluck of courage
and the diehard optimism that any risk dared by the imagination will be
rewarded if acted upon. No character better captures the fearless spirit of
dress-up and fashion than Little Orphan Annie. As with any apparel staple,
foundation pieces like jeans or skirt hemlines are refashioned for each
generation – so too are classic characters like Annie, who is now on Broadway.
Annie the Musical opens on Nov. 10th. She'll walk down the playCHIC runway four
days later.

So,
this November 14th, dig into the back of your closet and dust off that cocktail
dress you never wear because you were afraid "it just isn't me." Put
on a sparkly necklace. Shiny lipstick. Your favorite heels that make your legs
look fabulous. Children play dress-up. Women play chic. But the most important
thing is to never stop playing.

Come
play with us on November 14th.

Anna
van Slee is Director of ChiTAG's playCHIC Fashion Show. She is a cofounding
member of otherdoor entertainment, a pioneering multi-disciplinary studio of
toy and game inventors. She also manages toy and game clients for Manifest
Digital, a UX-focused Chicago agency. Her favorite food is cheese.