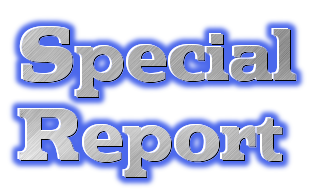 I have, since October 15, 2012 been
investigating a troubling report by Goldman Sachs that toy industry had experienced a 30% per
capita decline in sales since 1998 and that as a result “that traditional toys
and games are likely in the early stages of secular decline in developed
markets.”

The reason for my investigation was
that the 30% number seemed much too high and that I could not find support for it
anywhere else.  The claim that the
industry was in what amounted to a long term decline was a major statement that
needed to be explored because it caused toy stocks to decline and it called
into question the very health of the toy industry.

Per
Capita sales for all toys

Per capital sales of
toys to children are actually up since 1998:

Per
capita sales for sales to children

Michael Keltner and Goldman Sachs stand behind their report.  Based upon the
information from NPD and Euromonitor, however, it simply does not appear that the toy industry
is in the midst of long term decline.  In
fact, all things considered, despite the competition from digital and other new
forms of play, the toy industry appears to be holding its own.

For those of you who have the time to read more,  I will provide a
review of the details of how events  occurred and what I learned in my next posting.