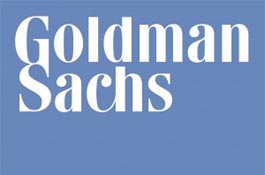 In my last post, "SPECIAL REPORT: Goldman Sachs gets it wrong; stocks suffer," I reported on my investigation into the Goldman Sachs claims that the toy industry was off by 30% in per capita sales since 1998 and its stipulation that the industry was at the beginning of a long-term decline.  If you would like to learn more about how I came to my consclusions, below is greater detail.

On October 15, 2012, Goldman Sachs issued an analysis
entitled:  “Americas: Toys.”  Here is part of its opening paragraph: “We
lower our Toy sector coverage view to Cautious from Neutral as industry declines,
which have persisted for some time, appear to be accelerating. The real amount
spent on traditional toys/games in the US per capita is down 30% from
$85/person to $60/person since 1998."

The report goes on later to state:  “Our incremental analysis, detailed below,
suggests more firmly than we had posited in the past that traditional toys and
games are likely in the early stages of secular decline in developed markets.”

Goldman Sachs stated that their conclusions were based upon data from strategy research
company Euromonitor.  This announcement was followed by headlines
reporting the decline.  Articles repeating the Goldman Sachs conclusions have appearred in USA Today, Barrons, CNBC and others.  As a result,
investors turned against toy stocks and both Hasbro and Mattel shares
fell.

When I read the
report initially, I was troubled by the 30% decline figure.  It seemed much too big to me and I could not
find support for this figure anywhere else.
On October 15 in an article entitled:
“Consumer Spending on Toys and Games is down 30% since
1998; should we be worried?” I questioned the numbers asking the Toy
Industry Association and NPD to weigh in.

As a result, I heard from other
analysts as well as the author of the report, Michael Kelter (who sent me the
full report)  and Utku Tansel, Head of Toys and Games Research at Euromonitor International.   I subsequently exchanged
emails and spoke on the phone with Mr. Kelter and had a long telephone conversation
with Mr. Tansel.

In addition, Russ
Crupnick, Senior Vice President of Industry Analysis for NPD wrote a
blog posting on October 19, .“Drilling to the Core in Toy
Spending” which he stated was in response to my article
on Goldman Sachs.

Here is what I learned:

Michael Kalter, author of the Goldman Sachs analysis, asserted that the 30% drop in per capita sales was accurate.

Utku Tansel of Euromonitor was very specific in his call with me that the
numbers cited by Goldman Sachs did not reflect his company's data.  In fact, he told me that
according to his inflation adjusted numbers, sales

And then it got more interesting.  Russ Crupnick at NPD reports in his article: “Since
1998 per capita toy sales, in dollars, have fallen- by about 13%.”  (The article does not state whether these are
global or US sales).  He goes on to
state:  “The fact is that the core
market, the 0-11 age group is still healthy for toys. Since 1998 per capita
spending for this segment has risen 9% in dollar terms, though some growth
reflects inflation in average toy prices. NPD estimates that Toys intended for
0-11 year olds account for 88% of market- truly the heart of the toy business.”

What can we conclude from my review?