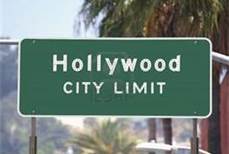 Nothing against Dallas but the toy industry is voting with its feet that the fall show needs to move somewhere else.  None of the following companies showed in Dallas this year: Mattel, Hasbro, JAKKS, MGA, Mega Brands, Tomy and Spin Master.  As BMO Capital analyst Gerrick Johnson put it in his latest Toy Scout Report:  “We believe the companies present at the show make up only about 30% of the toys sold in the US mass market.”

Where should the show move?  It seems that Los Angeles, home of Mattel, JAKKS, Funrise and MGA is the place.  All of those companies invite retailers to visit them at their LA locations in the fall as does Spin Master and MEGA Brands.  LA is, of course, also the home of major media companies like: Disney, Dream Works, Saban and Pixar to name just a few.

It is also the home of the entertainment press.  The toy industry would get much needed additional media attention as it heads into the Christmas selling season.

It certainly seems that forcing buyers to visit Dallas and LA is doing them no favor.  Think about what a valuable trip it would be for the trade if retailers could come out and spend a week seeing everyone.

Some maintain that the presence of Mattel, MGA and JAKKS in off-site locations would detract from the show by drawing buyers away.  Well, here is how you fix that.  You ask each of these companies to block out three days (say, a Saturday, Sunday and Monday) in which they will not see appointments.  Why

should they do that, because it is a relatively small amount of days to block out and it may bring more buyers to California?

it’s time that the west coast had a chance to have a show closer to home.  The Toy Industry Association would be wise to move the show to LA before someone else thinks to do it.  It’s an idea whose time has come.