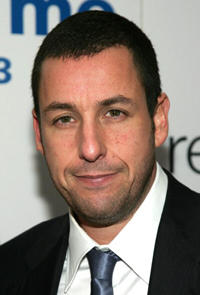 I don’t know if you have
been keeping up with the progress on Hasbro’s Candy Land movie but a mention in
this Sunday’s New York Times Magazine got me thinking about it.  Here is how the writer, Hope Reeves describes it:

Candy Land, a game of minimal reading and counting skills, may be
following Battleship to the big screen. Adam Sandler is currently attached. No
word on whether the “Big Daddy” star will play King Kandy, but not everyone is
sweet on the idea. “Mining decades-old board games for movie ideas reeks of
bottom-of-the-barrel desperation,” says Vic Holtreman, editor in chief of screenrant.com. 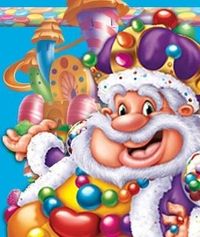 Ouch, that was not kind.  So, I
decided to do a little research and found that Sandler is also helping to write
the movie, making him part of the third team to attempt it.  Originally the movie was to be written by
Etan Cohen (“Tropic Thunder,” Madagascar 2” and “Men In Black 3).  That movie was to be

about people sucked into
the board game.  He was replaced by
Jonathan Aibel and Glenn Berger who co-wrote Kung Fu Panda.  That movie was seen as a kind of Lord of the
Rings made out of fudge.  That is no
longer operative as the movie under Sandler is to be a broad comedy.

The
fact that the brain behind “Little Nicky” and “I Now Pronounce You Chuck and
Larry” is a motivating force behind Candy Land makes you wonder whether
Hasbro is onto something.   After all, although most of his movies are
critically panned, Sandler does fill theatre seats.

So, does
that mean that Hasbro is going for box office rather than critical acclaim?  What do you think Hasbro's reason is for going
with Adam Sandler?