The CPSC took the unusual
move last month of issuing an “administrative complaint” which sought to force
some toy companies to recall rare earth magnet based toys that were designed
and specified for adult end users (“Important! Should the CPSC Ban Adult Desk Top
Toys That Might Harm Children?”).  The case will be brought before
an administrative law judge. 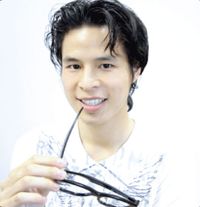 In order to
learn more, I contacted Tim Szeto a new venture business developer who
specializes in product development, marketing strategy and branding. He’s the
driving force behind the vision and culture of Nano Magnetics Ltd.  With over 10-years’ experience in
marketing, he is currently a director of a number of international venture
companies.

Here is my interview
with Tim:

The CPSC recently
issued an “Administrative Complaint” forcing 13 manufacturers to recall their
products from the marketplace due to concerns over rare earth magnets.   This is pretty rare.  Was your company one of the 13 and can you
tell us why the concern on the part of the CPSC?

The
“Administrative Complaint” forced 2 of the 15 importers to recall their
products because they did not agree to stop selling in the US
while the CPSC conducted their investigation.
We were part of the 13 companies
that agreed to stop and are working with the CPSC to come up with a
solution.

We haven’t officially announced it yet, but we’ve come up with an updated version of
Nanodots that uses a taste deterrent called AversiveTech. We created it
based on the two main concerns of the CPSC, 1) infants mouthing and 1) teens
using it as piercings. AversiveTech contains a bitter coating that will helps
stop both risk types, while maintaining Nanodots as a constructor tool for
adults. 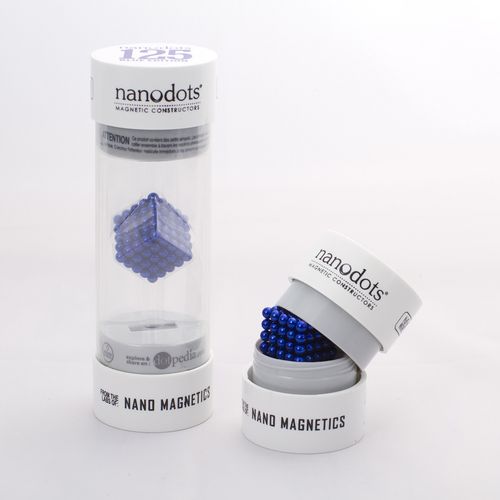 Can you tell us a bit about rare earth magnets
and how they differ from what we remember as kids?

Rare
earth magnets are generally stronger than other magnets – in
fact, it’s the strongest permanent magnet material available.  They were once rather expensive and not very
common, but today, virtually all the magnets
found in devices, clothing, accessories and toys are rare earth.

Magnets were a big part of my childhood.  It’s the only natural invisible force that we
can manipulate.  It was a lot like
playing with magic, and still is!  My
favorite magnets were the round, cylinder fridge that you can find on the back
of common fridge magnets.  I would take
them everywhere; they were incredibly fascinating and fun!

Sadly, the
CPSC is proposing new rules that would ban almost all magnets, even the ones we
grew up with.  The only ones allowed
would be the flexible, thin fridge magnets (the ones that are barely magnetic
at all) and magnets that are larger than 2.5 inches in diameter – something
about the size of a golf ball.  I don’t
know about you, but I’ve never come across any magnets that large. If you look
up large magnets online, you’ll discover a myriad of articles about how people
had their hands pulverized from large magnets colliding accidentally.  I can’t see how those would be any safer!

There are many
products that can be dangerous in the hands of unsupervised children:  Hot Dogs are

purported to be the perfect
choking device; knives are present in every kitchen and electric sockets are at
child level.  Is it fair to ask where
company and parental responsibility starts and stops?

Absolutely.
Safety is really important and is a big part of our program.  It’s also the responsibility of the
government, and parents alike.  We, as a manufacturer, make sure our products
contain the warnings and instructions to be used safely, sold to the right
audiences comply with all product requirements.  A parent’s role is to ensure
that a product is used correctly and safely by following age and use guidelines
like 14+ or warnings about swallowing.
This extends to virtually every product, including fireworks, knives,
kitchen socket and even hot dogs!  When
it comes to regulation, our government should be looking out for the interests
us, the citizens.  If the majority of
Americans believe a product is dangerous, we should be able to rely on the
government to protect us.  When a
government tries to enact legislation against the majority of what people
believe, it’s no longer a democracy.
It’s not how things are supposed to work.

I once heard Will
Wright, the creator of the Sims; say that when a child stacks up a tower of
blocks he or she is learning about physics.
The act of learning what stays up and what comes down is essential to
intellectual development.  Magnetism is
considered by physicists to be a key element in understanding the
universe.   It would therefore seem that there
would be as much of a developmental benefit from a child playing with magnets
as there is with blocks.  Care to
comment?

I absolutely agree with what you and Will
Wright are saying and can take it even a step further.  Beyond magnetism, Nanodots are capable of
absolutely amazing things.  They were
actually invented by a Hungarian Mathematician, Janos Szaki and developed by
Nano Magnetics for modeling the invisible world of math, science and
geometry.  Each Nanodot shares characteristics with individual atoms.  Every atom has two poles, and is essential a
ball.  When multiple atoms come
together, they naturally spin around and orient themselves in patterns – we see
these patterns all around us in nature – and within Nanodot creations.

As I always like to ask, what was your
favorite toy when you were growing up?

My favorite toy growing up was Lego building
blocks. It’s the one toy you didn’t need a whole lot of to have a lot of fun
with.