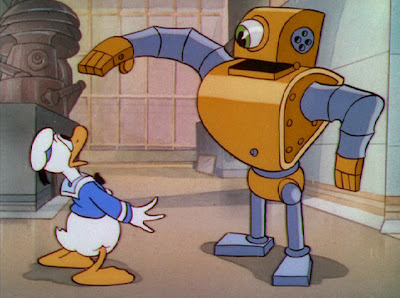 The future used to
seem like something that occurred decades away.
Now, it feels like it already happened.

Case in point:  While we have all been
enjoying the apps that have been flooding the market, an entire network has grown to create radically new hardware at
increasingly lower prices that will dramatically change our lives.

The confluence of 3D printing; new forms of capital raising; former Apple
employees migrating to startups and lower barriers to entry at retail have
created an explosive environment for new product development.  We are not talking about apps and other forms
of software.  We are talking about hardware.

Nick Bilton and John
Markoff have written a very nice piece for the New York Times entitled “A
Hardware Renaissance in Silicon Valley.”  Here is how they open their article:  “In recent years, Silicon Valley seems to have forgotten about
silicon. It’s been about dot-coms, Web advertising, social networking and apps
for smartphones.   But there are signs here that hardware is
becoming the new software.”

Why is
this happening; because “…any designer now has the ability to quickly
experiment with new product designs using low-cost 3-D printers. Products can
be made quickly in contract assembly

plants overseas, usually in China… The rapidly falling cost of building computer-based gadgets has
touched off a wave of innovation that is
starting to eclipse the software-driven world that came to dominate the Valley
in the dot-com boom of the late 1990s.”

3D printing is not the only reason.  Retail gateways “…like Etsy, Amazon and
Google’s Marketplace allow people to set up shop on any street corner of the
Web and begin hawking their latest hardware ideas.”

Helping all of this are websites like
Kickstarter which enable innovators with good ideas to raise capital by
bypassing the traditional sources of funding.
And it’s not small money either “Ouya,
an open-source game console for the television built using Google
Android, just raised more than $8 million through Kickstarter.”

Underlying
all of this is the human capital migrating out of Apple. “ Today
some of the most successful hardware start-ups in Silicon Valley have been
formed from the diaspora of former Apple employees who want to try their hand at companies that
pair hardware and software — which is an integral part of Apple’s DNA.”

Is the toy industry in on the action?  Well, there is “Little Bits;” that in my next
posting.