I recently took my son to a client meeting in New York City. The toy company rep we met with relayed to me and my son the story of how he got into the toy business. 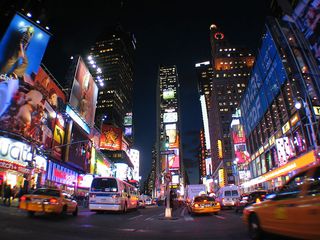 When Mr. X (names have been changed to protect the innocent!) was fresh out of high school, he was hired by one of the large, now defunct, well-known giftware companies. On his second day there the owner left for an extended period of time, most likely for the Orient. The second-in-command called the team together and explained that of the one hundred projects currently in progress, the most they could get finished by the time the owner returned was thirty. Mr. X, not knowing better, spoke up from the back of the room, "Let's do all of them."

There was a deafening silence. The number-two-man was not happy, but in the ensuing weeks, challenged by this hungry young upstart and perhaps inspired by his over-the-top efforts, all one hundred projects were completed in time for the return of the company owner. The owner called Mr. X in and yelled at him for pushing the team so hard. Within two years, however, he had taken over the entire department. "Don’t be afraid," he told my son, "or you’ll never be great."

Great words of advice from one who knew. Thank you, Mr. X.