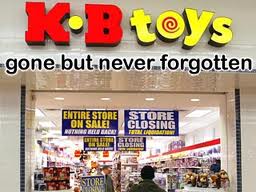 This is the last of a
three part series on Bain Capital.  Some
have questioned the need for me to write about Bain.  My response is in the form of a
question:  Why should the toy industry be
the only segment of the population not discussing a major toy retailer that has
become an issue in the election?

Rather than just looking
at KB Toys, however, I think it is more important to consider Bain Capital as a
major player in the toy industry for over 10 years.    Owing
the number 1 (Toys R Us) and having owned the number 2 (KB Toys) toy chains
certainly makes it a rival to Wal-Mart in shaping the toy markets.  It seems to me a fair question to ask
is:  Has Bain Capital been good for the
toy industry?  Has the toy industry been
good for Bain Capital? 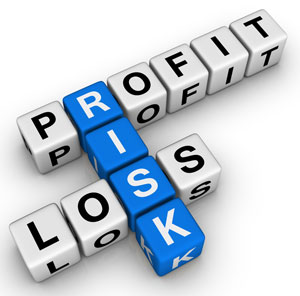 In my last posting,
“Bain Capital and Toys R Us,” we took a look at Toys R Us.  In this article we look at KB Toys.

Analyzing the relationship
between KB and Bain is a challenge.  Any
strong emotions that may have previously existed have been exacerbated by an
election in which Venture Capital companies like Bain have become an issue.  In addition, between the two bankruptcies, a
lot of people lost jobs (6400 between the two bankruptcies) and many companies
lost money.  This in turn creates strong
feelings.

Some of you have been in
the toy industry long enough to remember when KB (Kay-Bee) was a major player
in the toy industry with some of the sharpest people and toughest negotiators
in the business (if you ever called on KB you know what I mean); as good as
they were, times passed them by.

KB was purchased by Bain in 2000.  The
company subsequently filed for bankruptcy in 2004 and was purchased
out of bankruptcy by Prentice Capital Management in 2005.  KB ceased to exist in 2008.

What complicates all of
this is that there are a number of variables involved in KB’s ultimate demise:

Some question whether KB’s
business model was still viable.  Here is
how Obit magazine described the
company’s demise in 2008:

The
growth and expansion of Wal-Mart offered the latest toys at deep discounts …
Toys “R” Us …emerged stronger than ever [and] simultaneously, grocery stores,
drug chains and mid-tier retailers like Target and Kohl’s also became players
in the business. KB, averaging a minuscule 1,300 square foot per store,
couldn’t compete on price or selection…As mall traffic has dwindled and the
economy sunk deeper into recession, the toy industry has been more resilient
than most. But it still is an item-driven business, powered by the specific
requests and interests of children and not just by price. That wasn’t’ KB’s
business model. They were ultimately overwhelmed by too many factors from size
of stores to ability to stock goods to new economic realities…

Bain’s style was to pay little in the way of cash and borrow the rest.  In the case of KB, Bain paid $18 million in
cash and borrowed $302 million.  According
to The New York Times “Just 16 months later, the toy
company borrowed more to pay Bain and its investors an $85 million
dividend.”  Some feel that it was this
debt load that led to the  subsequent 2004 bankruptcy.

KB was leaner and meaner

go. This made the company
more competitive and allowed it to keep operating.  Yes, some lost jobs but many others did not.

Still others feel that it was the recession.  The economic collapse in 2008 was just too
much for KB.  GE Capital chose to end KB’s
line of credit.    That forced the company into bankruptcy.

Was Bain good or bad for KB?  I think
that the question is too complicated to assign blame to any one party.  The debt load certainly contributed to the
company’s demise but bigger factors were beyond anyone’s control:  The struggling  macro economy and basic changes in how
Americans shopped just to name two.

Overall, Bain Capital has had a major impact on the toy industry.  To what degree it has been good or bad is
open to debate.  What cannot be debated
is that Bain Capital has since 2000 made a big difference in the lives of toy
industry individuals and companies.