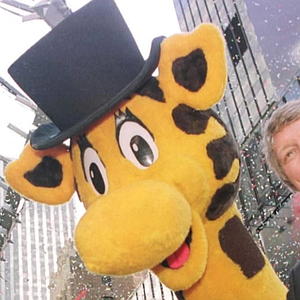 In my last posting, “KB,
Bain Capital and Romney; toys and politics,” I talked about Bain Capital, one of, if not the most
powerful players in the toy industry.  Bain
has been in the news due to its owning KB Toys when that company filed
bankruptcy in 2008. Mitt Romney is closely associated with Bain (he is a founder) so the company has become part of the political sparring that has been going on in the Presidential election.

In this posting, we take
a look at Toys R Us.  Here is what
Hoovers, a D&B company, has to say about Bain’s stewardship of Toys R Us:

[U]nder [Jerry] Storch … Toys "R" Us made a concerted effort to
clean up its stores, reduce clutter to make shopping easier and more enjoyable.
He has met with some success winning back market share from discounters… To
that end, Storch has focused on making Toys "R" Us a leaner, more
efficient retailer. The toy seller has emphasized customer service and stocked
up on top-selling and proprietary… He has, among other things, made the stores far better places to
shop.

That rings true for
me.  Toys R Us is a far better toy retailer
than it was prior to the Bain takeover.
Stores are cleaner and better stocked and the product mix seems
richer.  The only major concern is the
debt burden that was reported by Hoovers to be $5.1 billion dollars as of
January 28, 2012.

So, has Bain been good
for the toy industry in terms of Toys R Us?
I think we can give it a qualified “yes.”  But how good has Toys R Us been for Bain?

From all appearances,
Bain seems to have miscalculated as its plan for a public offering of Toys R
Us stock, first announced in 2010, continues to be delayed.  Bain, like most Venture Capital companies,
saw its ownership as short term.  That has not happened as Toys R Us has had to
fight

through the collapse of video game consoles and software, higher prices
form China and the recession.   At least for now, the public offering does not
seem likely anytime in the near future.

Where did Bain go wrong?
I think it over estimated the
ability of any toy retailer to dramatically increase retail sales.  The traditional toy industry has historically
seen its sales rise and fall in the low single digits.  Bain may have been fooled by the dramatic
rise in Video Game hardware and software in the late 2000’s.  That sector did indeed grow in double digits
but when the bottom fell out it also declined in the same manner.  Never-the-less, Toys R Us last year managed
to outpace the toy industry with a 5% increase in traditional toy sales while
the toy retail sector was down 2% over all, no small achievement.

Bottom line, Bain would have liked to have been out by
now and they may be in for a while, like it or not.  So, has the toy industry been good for
Bain?  Certainly not as good at it had
hoped.

In my next posting, we will look at Bain’s stewardship of
KB.