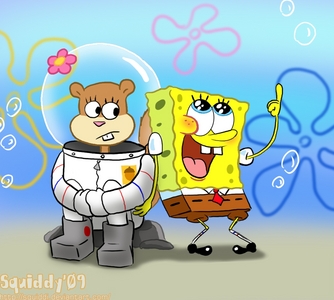 Are we in the toy industry missing out on the
Tomboy market?  And while we are at it, how big is the Tomboy population?

We will explore that today but first let me remind you that in my last article, “Gender
and Toys; the middle space,” I wrote about society’s reaction to girls and boys
who inhabit the middle space between the genders.  These are anywhere from children who strongly
feel they are  the opposite gender or just feel at times that they want
to do things that the opposite gender likes to do.

Society typically calls girls in
this middle space “Tomboys” and the boys “Sissies.”
The former has a positive connotation while the latter creates strong uncomfortable feelings in many people.  To
illustrate the point, here is how Dictionary.com defines Sissy:  “An effeminate boy or man, a timid or cowardly person.”  And
here is how it defines Tomboy:  “An energetic, sometimes boisterous girl whose behavior and pursuits, especially in games and sports, are considered more typical of boys
than of girls.”

Doesn't it seem that the pivotal notion in the two definitions is that society sees courage is a manly trait?  That its absence is to be expected in girls but deemed unacceptable in males?  After all, based upon these definitions, when girls act like boys society sees them as courageous, a positive trait.  (Think Princess Merida in Pixar's Brave).

What is
interesting is that while boys who act like girls continue to struggle with society’s
reaction to them, there are more Tomboys than ever.  That, according to a New York Times Magazine
article “What’s So Bad About a Boy Who Wants to Wear a Dress?”   Here is how The New York Times article puts
it:

A 1998 study in the academic journal Sex Roles suggests just how
ordinary it has become for girls to exist in the middle space: it found that 46 percent of senior
citizens, 69 percent of baby boomers and 77 percent of Gen-X women reported
having been tomboys.

Let’s stop and think about that last
statement for a minute.  There was a
steady progression (from 46% to 77%) in the percentage of girls seeing themselves as Tomboys from the 1950’s through the 1990's.

Yet, over the same period, we saw a
steady trend towards toys being developed, merchandised and marketed that had become more
polarized into the “Girly Girl” and “Hyper Male.”

Did the toy industry miss the boat?  Why has the toy
industry not responded to girls who desire(d) to play like males; in fact just
to play whatever way they wish?  Is this
one of the reasons that we lose girls at earlier and earlier ages?