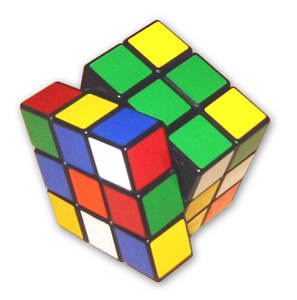 Why doesn’t the toy industry turn Toy Fair into an annual celebration of play?  I ask this same question annually and a recent New York Times article has prompted me to raise the question yet again.  The article by Douglas Quenqua entitled “Rubik’s Cube Twists Back Into Limelight”  reports on the World Cube Association’s (were you aware there was a World Cube Association?) 2012 Championship in Las Vegas.

As I read about the crowds that attended and the press attention I had to think how exciting for the Rubik’s people and the toy and game industry to hold it in New York during Toy Fair.  It should not be hard to pull off.  After all Wroclaw, Poland, Hong Kong, Hanoi and Americana Brazil had championships this year.  I mean really, no offense to Wroclaw Poland but if they can hold a Rubik’s Cube Championship, why can’t New York City during Toy Fair?

And it’s not just Rubik’s Cube.  During the same week, why not hold championships for anything from Scrabble to Marbles to Yoyo’s.  These events would be good for the toy industry as they would be

a great way to ramp up coverage for individual companies and the entire industry…and it would be fun.

I don’t under estimate how much work it takes to put on Toy Fair each year.  I do think, however, that the TIA would benefit from an activity that brings in more revenue, people and attention.  The various contests could take place at hotels around the city over the course of the week.  All of them would carry the imprimatur of being an official Toy Fair event and all of them would provide a means of promoting toys and play to consumers.

I think it would be a PR dream.  What do you think?