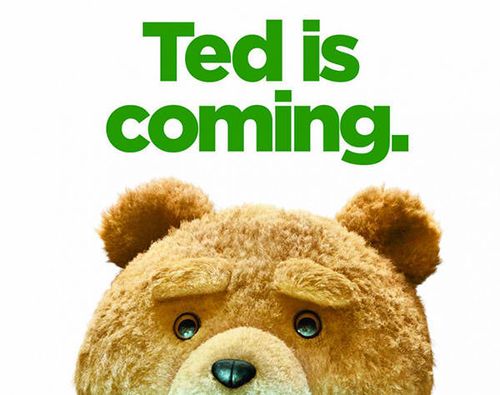 I recently wrote a piece on the popularity of the “Ted the Bear” movie.  Unless you are one of the three people who forgo watching television, you will know that “Ted the Bear” is the story of a teddy bear that comes alive, retains its cuteness but has a foul mouth and sex drive the size of Ohio.

In that article I asked whether toy stores and toy departments, despite the X-rated orientation,  would carry Ted the Bear products.  I mean, after all, Ted is already a toy.  He therefore makes for a perfect movie tie-in license.

We have some what of an anser to my question in a very interesting Variety article by Marc Graser entitled “Bull market for R-rated bear?” Here is how Graser puts it:  "With "Ted" nearing $200 million domestically and expanding overseas, Universal, which distributes the comedy, and the film's producer, Media Rights Capital, are rolling out a line of licensed products for the Seth MacFarlane film. That includes a talking plush bear…."

So which toy companies are getting in the Ted the Bear business; according to the article the list includes Commonwealth Toys for plush and Funko for bobble heads and Pop! Figures.    In fact, Commonwealth worked with MacFarlane and Striker Entertainment, the lead licensor in developing the movie bear and is producing Ted in four sizes with a 24” bear set to retail at $59.99.

Seth Binder, President of Striker, is quoted as acknowledging the challenges of placing X  rated toy products;  "Because of the nature of the property, and its R-rating, it's a very tough property to put into channels where there are kids…It's considered a bit too risqué. It's hard for a kid not to press

a bear's hand and hear him talk. That essentially eliminates chains like Wal-Mart, Target and Toys R Us.”

So who are the retailers for this plush toy; according to the article, Hot Topic, FYE, Spencer Gifts, Urban Outfitters, Amazon.com, Best Buy and Transworld.  Although not mentioned, I would think that Barnes & Noble would also take a shot at it due to their segregated adult and children’s departments.

It makes you wonder if some retailers and manufacturers are having second thoughts on their aversion to off-color toy properties.  Due to the success of Ted the Bear, look for other edgy products to begin making their way into toy stores and departments.  I think it’s just a matter of time before Ted and his progeny go main stream.