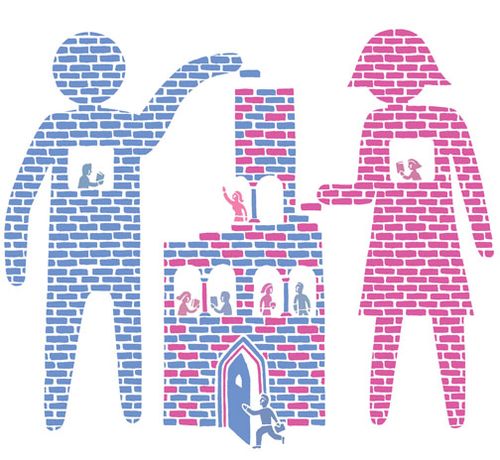 It appears that the Brits are moving towards gender neutrality in the toy department.  In December, I wrote about Hamley’s, the giant London based toy store, decision to end gender based signage (See:  “Big Story: Hamley’s, the world’s biggest toy Store, goes gender neutral.”)  Harrods, the world famous department store, must have liked what it saw as it has done the same thing on its toy floor.

Here is how Alexandra Topping, writing for The Guardian, put it in her article, “Gender-neutral? Harrods new Toy Kingdom tries to end boy-girl divide:”  “…following in the footsteps of Hamley's, which removed "boy" and "girl" signposts from its shop last December, the London department store has deliberately organized its new multi-sensory toy zone by theme rather than sex.”

The lead designer explained it this way:  “"They are deliberately non-gender-specific, because we felt that was an antiquated way of looking at toys…I think increasingly kids are playing with an array of different toys and we wanted to give that balance."

The Harrods overhaul was big and costly.  They have to have felt that this was a good move both the economic and PR fronts.  It would be interesting to see Toys R Us or Target experiment with the idea in some of their stores.

The reporter noted that despite the gender neutral efforts, girls tended to congregate around the dolls and boys the construction.  Of course, that misses the point.  The idea is that girls and boys now have

the freedom, at least in Hamley's and Harrods, to wander where they want and choose what they want without being stigmatized.

As future forward as Harrods’s efforts were, there was one very strange element thrown into the mix.  Toy department clerks wore T-Shirts with the words “Team Toy” on the back.  The pink shirts were for female employees and the blue for the male.

What's that all about?