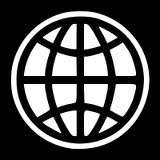 The World Bank ranks countries by “Ease of Doing Business.”  They base the rankings on eleven different variables that include anything from ease in getting electricity to paying taxes.  A look at the list of 183 countries provides some interesting surprises.  First, here is a list of the top 10:

I find it interesting that 4 of the top 10 were former United Kingdom colonies (Singapore, Hong Kong, New Zealand and the United States), while the list also includes the United Kingdom itself.   That means that five of the 10 plus England’s neighbor Ireland dominate the top 10.

Of course this raises the question of whether it has something to do with England or just circumstance.  The most likely reason is that all of these countries use British Common Law which has the most stringent private property protections of any legal system.  The notion that you can buy and sell your

property (and that includes intellectual property), without interference by the whims of the government or a privileged class, is an absolute necessity in creating a healthy environment for business growth.

By the way, if you live in a top 10 country don’t be so smug.  While the US is number 4 in the overall rankings, it is 72nd in taxes.  The UK, number 7 on the list is a surprising number 60 in securing electricity.

And by the way, in case you were wondering which country is number 183, the answer is Chad.