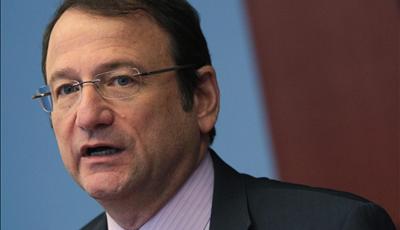 This is the second part of my interview with Jerry Storch, CEO and Chairman of Toys R Us.

One of your major initiatives has been the “integration strategy” (the combining of Toys R Us and Babies R Us under one roof).  Has the strategy achieved your desired goals?

Integrating Toys“R”Us and Babies“R”Us under one roof has been part of the company’s strategy for the past six years and customers continue to embrace the enhanced shopping experience these stores offer. Today, approximately 28% of our stores in the U.S. are fully integrated, leaving a long runway for growth. In fact, our customer satisfaction scores show increasing gains. We are pleased with the increased sales and operational benefits we continue to see from these integrated stores. And, this integration strategy is happening in our stores around the world as well. We will continue to open new Side-by-Side stores and to remodel existing locations in this format to provide customers with convenient, one-stop shopping destinations to fulfill the needs of children of all ages.

Toys R Us has, in the last year, taken a 70% ownership position in a group of Asian and Southeast Asian stores (Li & Fung is the minority partner) that had been under franchise.  This includes retail locations in China, Thailand and Singapore among others.  In addition, last year you opened your first store in Poland.  Why did you decide to take control of your destiny in Asia and what does this say about Toys R Us’s perception of these markets (particularly China)?

Growing internationally and broadening our reach in emerging economies that are experiencing GDP growth and rising incomes remains a key part of our business strategy.  We have a vast international presence across 36 countries, including the U.S., and we continue to look for new opportunities to expand our global footprint.

Last year, we took the major step of purchasing the majority stake in our formerly licensed business in Greater China and Southeast Asia. With this agreement, 90 stores in the region became wholly owned by Toys“R”Us, Inc.  We believe this speaks to the significant growth opportunity we see for our company in this region, and we look forward to an aggressive expansion of our business in both existing and new Asian markets, including Northern China.

In 2011, we also opened our first store in Poland, and have added two more locations since the beginning of this year.  The company’s entry into Poland not only represented an exciting expansion for Toys“R”Us in Europe, but also provides a potential gateway to other Eastern European countries.

There has been some concern about the decline in board game sales.  In that this is a mainstay category of the toy industry, do you see this as a Hasbro (Parker Brothers / Milton Bradley) problem or a board game problem?  Either way, what seems to be the problem either for Hasbro or the industry?

We continue to see interest in classic board games, innovative games with electronic components, and trendy games, including those based on popular licensed characters.  Families still gather together to play Monopoly, Pictionary, Candyland and others!  That said, games and toys that merge the physical and digital worlds, like Skylanders and The Game of Life zAPPed are increasingly popular.  We believe we will continue to see a merging of technology with everyday games.

On an ongoing basis, we work closely with manufacturers to provide our customers with a unique and differentiated merchandise assortment based on what interests kids today. In the end, it’s product innovation and newness that will drive the growth of the game category.

We always want to know what our interviewee’s favorite toy was when they were a kid.   Can you tell us yours?

Well, my very favorite was Cecil the Sea Serpent from Beany and Cecil.  I also really enjoyed playing with the Carrom Game Board.

Gerald L. Storch joined Toys“R”Us, Inc. in February 2006 as Chairman and Chief Executive Officer. In this capacity, he is responsible for leveraging the strength of the Toys“R”Us brand and positioning the global franchise for growth over the long term.

Under his leadership, the company has embraced a “Playing to Win” culture and a commitment to growing its position as THE toy and baby products authority. Mr. Storch has successfully led efforts to integrate the company’s toy and baby businesses, an initiative that has included the creation, development and execution of the Side-by-Side store concept, which combines Toys“R”Us and Babies“R”Us under one roof. He has also overseen the continued growth of the Toysrus.com e-commerce business and, in 2009, added to the company’s portfolio of online brands with the acquisitions of eToys.com, KB Toys and Toys.com. That same year, he led the company in obtaining the exclusive right to own and operate the legendary FAO Schwarz brand and its website, FAO.com. Additionally, Mr. Storch introduced the Toys“R”Us Express store concept, opening pop-up stores in malls and other shopping centers nationwide, to increase the company’s toy-selling footprint during the important holiday shopping season.

Mr. Storch has led the company in its strategic focus to provide customers with a differentiated product assortment working with branded manufacturers and by building upon its own exclusive brands business. He has also made international growth a key part of the company’s overall business strategy, acquiring a majority stake in its previously licensed business in Southeast Asia and Greater China and opening its first store in Poland in 2011.

A retail veteran with more than 22 years of experience, Mr. Storch is an industry leader and respected advocate for children’s safety. He has called for the harmonization of product safety standards around the world and internally established the Toys“R”Us Global Product Safety Policy Committee and Product Safety Response Team with responsibility for staying ahead of emerging product safety issues and responding to them with urgency. In addition, he has mandated strict, industry-leading product safety standards for all products sold in “R”Us stores worldwide.

Prior to joining Toys“R”Us, Inc., Mr. Storch served as Vice Chairman of Target Corporation.  He joined Target in 1993 as Senior Vice President of Strategy and served in roles of increasing seniority over the next 12 years. While at Target, his broad responsibilities included overall strategy, supply chain, the Target.com business, technology services, financial services, guest relationship management and market research, the six sigma program and mergers and acquisitions.  He was also instrumental in developing the Super Target concept and growing the company’s grocery business. Additionally, Mr. Storch was involved in developing strategies and overseeing execution for Target Corporation’s department store portfolio, including leading the turnaround at Marshall Field’s and the subsequent sales of Marshall Field’s and Mervyn’s. Prior to joining Target, Mr. Storch was a partner at McKinsey & Company, specializing in retail and financial services.

Mr. Storch holds a bachelor’s, a Juris Doctor and a Masters of Business Administration from Harvard University. He serves on the Board of Directors for Toys“R”Us, Inc. and Toys“R”Us-Delaware, Inc., as well as the Toys“R”Us Children’s Fund.  Mr. Storch is also an active member of the Committee Encouraging Corporate Philanthropy (CECP). In 2008, Mr. Storch was honored by the New York Society for the Prevention of Cruelty to Children (NYSPCC) for his work helping children in need. He is also a committee member of the International Council of Toy Industries (ICTI). In addition, in January 2012, he was elected to the Board of Directors of the Bristol-Myers Squibb Company, a global biopharmaceutical company, where he serves as a member of the Audit Committee and the Compensation and Management Development Committee.

Mr. Storch and his wife Jacquie have five children.