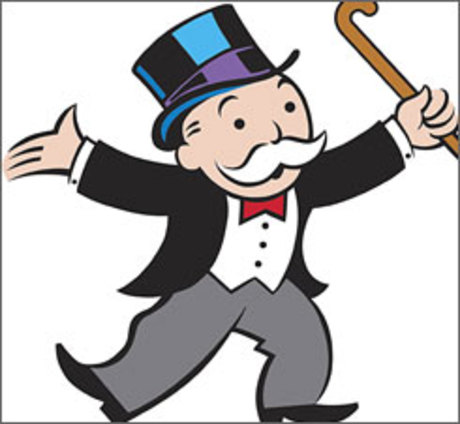 When I was a kid, I used to play Monopoly with my older sister and her friends.  I was in the third grade and they were in Junior High School.  I lost a lot.

I remember it well.  There I would be, my playing piece poised for disaster; just five squares away from  Boardwalk and a dreaded red hotel.  Everyone was watching  me with anticipation as I slowly rolled the dice in my sweaty hand.  As I shook the dice, I was praying that I would roll any number except a “five”.   Of course, a “five” it was and the howls of laughter peeled as I sadly handed over the money from my meager stockpile.  My sister is a succesful businessperson today.  We are close…yet I keep a wary eye… just in case.

In short, they believe strongly in capitalism but they see flaws that, if not corrected, will damage its institutions.  The people behind this organization appear  to sober businesspeople.  According to an article in Deal Book: “ The group is led by Dominic Barton, global managing director of McKinsey & Company and includes Carly Fiorina, former chief executive of Hewlett-Packard…”

I thought you might find their aims to be of interest as they want to do something about what others only complain about.  They  want to see businesses take a more long term view.  To do so, they recommend the end of quarterly reports; rewarding shareholders who hold on to their investment  by giving them a bonus or a higher dividend and that management  be rewarded solely for the completion of long term goals.

We are all heavily invested in the success of a vibrant capitalist system.  Do you agree with the notion that changes are needed in modern capitalism or are we better leaving well enough alone?