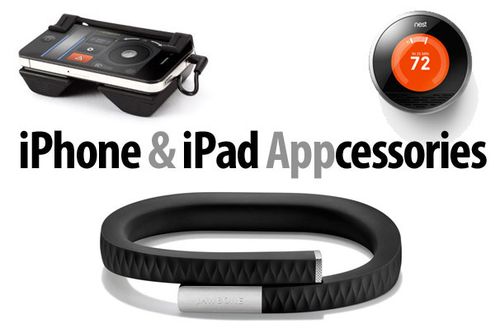 Peter Jenkinson, a journalist with over 10 years’ experience writing on toys and technology for several national UK titles as well as many online outlets, operates an online .TV show devoted to toys and one of the leading toy review websites. Often called upon by broadcasters to wax lyrical about his favorite subject, toys, he is well known in the UK and Europe as a leading toy expert. Peter is organizing, Appletics, an event that brings together a diverse collection of toys and technology in one space.

With an estimated value of some $25bn by 2015 the app market is serious business.  The toy players did cough and splutter last year trying to monetize the space but it's all getting much more serious now – Everyone is Appcessorising!

The big brands are on-board now in the battle for supremacy and market share in this spanking new category, the diversity already on offer should have smartphone and tablet owners beaming. Outside the toy category there are a number of music brands joining in too and are seeing the power of this space, jumping in with instruments and music making machines of all kinds – This Christmas Santa I'm afraid my list may well be extensive.

After an unsteady start last year, and despite all our best efforts to shout about this genre the category went largely unnoticed, a general lack of consumer understanding or just not enough variety on offer who knows.

As passionate advocates of the Appcessory category, mainly looking at the plaything space, we've decided to host a global first in our fair city this year, and hopefully jump on the back of some PR noise being created by other significant events occurring in London.

The Appletics as we've branded it was created just a few weeks ago, the idea behind it is to bring together the most diverse collection of toys and technology that sit in this space so that journalists can come and get a flavor of everything on offer in one place.

We're lucky to be able to host the event at one of the leading digital innovation centers in the world, slap bang next to the world’s biggest music venue the 02 and far from just wanting the tech scribes to come along our efforts are to uncover another level of interest.

By putting together a compelling schedule of events, great food, competitions and the like we want to tap into the lifestyle and mainstream press too and try and cast a wider net of coverage, most people who read these magazines have apps so this stuff is ideal for them.

We'll be full of technology and kids press because they get it already and the excuse to spend another afternoon in the company of more Appcessories will be hard to resist.

Finding out earlier today via NPD that kids each have an average of 12 apps each to access on their parents devices plus we have three Android based kid devices hitting the shelves this year it is set to be a bumper 2012 in this space and we're looking to the Appletics as a kind of starting gun.

Get in touch with Pete and the team at appletics@toyology.tv or visit www.appletics.co.uk