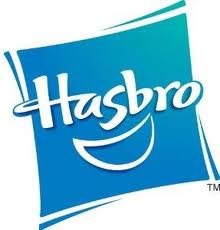 Hasbro announced last night that they were delaying the release of the "G.I. Joe: Retaliation" movie by nine months to March of 2013.  The reason given is that they wish to change the movie to a 3D format.

As you would imagine this was no small decision on Hasbro’s part.  According to Gerrick Johnson of BMO Capital in a statement released today:  “[T]he “street date” for the GI Joe 2 toys to hit stores shelves was this weekend. Retailers had already brought the product into their back rooms and warehouses…Walmart actually jumped the gun and many stores already had GI Joe 2 product on shelf as of yesterday.”

The Wall Street Journal in its article “Hasbro Delays Release of ‘GI Joe” Sequel by Nine Months” cited the reasoning behind the delay as follows:

The toy maker said it now plans to release the G.I. Joe sequel on March 29, 2013, to allow time for the film to be processed for the 3D format. That move should bolster the film's gross sales as 3D screenings command a premium over regular ticket admission.

"It is increasingly evident that 3D resonates with moviegoers globally and together with Paramount, we made the decision to bring fans an even more immersive entertainment experience," said Hasbro President and Chief Executive Brian Goldner in a statement.

There is conjecture as to what the “real” reason is.  Some like Gerrick Johnson feel that the disappointing box office for ‘Battleship” caused them to hold back in concern that this movie might be a disappointment as well.  More time is needed to make it a stronger movie.

Whatever the reason, it is no small matter to delay a movie after the tie-in toys have hit the stores; particularly if you are a company that controls both the movie and the tie-in products.  Hasbro is going to have to absorb additional costs in returned merchandise and lost sales.

That, however, is not where the real pain is.  Hasbro is going to suffer in terms of customer and shareholder relationships due to this decision.  Not only that, Hasbro salespeople are going to absorb a lot of abuse from those angry customers.  Hasbro sales management is going to have its work cut out for it in maintaining morale.

Why did Hasbro do it?    We have no way to know why Hasbro made this decision other than the reason they gave.  I think, however, that causing this much disruption in its most vital relationships seems like a high price to pay for 3D.

Hasbro showed the toy industry and its shareholders bold leadership in becoming a media company.  The learning curve is tough, however, and I sure don’t envy Brian Goldner having to ride two horses at once.