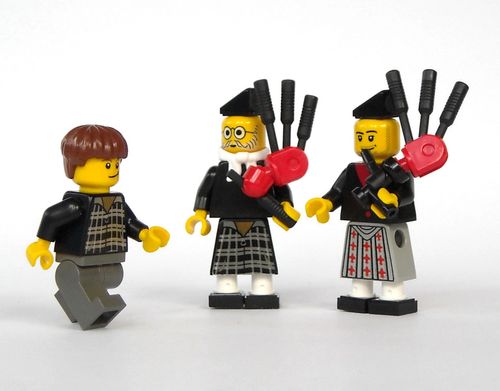 I am back from PlayCon 2012 and the Washington DC Fly In.  PlayCon and the Fly In are unique toy industry events as they provide a chance to mingle, in a relaxed environment, with the toy industry’s leading movers and shakers.  It’s a chance to make new friendships, strengthen old ones and learn, learn, learn.

This year’s PlayCon and Fly In was, I believe, exceptional in its content and its sheer fun.  Maybe you had to be there, but the event kicked off with a surprise bagpipe band that included the American industry’s leading Scotsmen, Bob Wann (CEO Patch Products) and John Barbour (CEO LeapFrog).  Believe me, that alone,  was worth the trip.

Fun was a major component of this year’s event (we are, after all,  in the play business) and included an evening with the Capital Steps, a satiric musical review and good natured banter from the podium.  Content, however, was king as everyone I spoke with said they never made so many notes as they did this year.

Bottom line, those who attended got a great meeting environment; excellent food and parties; lots of fun and an education; excellent R.O.I.

What was ironic was that, despite the outstanding content, this year’s event drew the lowest attendance in memory.   There were, probably due to the move from Phoenix to Washington DC, fewer attendees from the west coast.  We should, seemingly, have made that up in drawing more from the east coast.  It didn’t happen.

We move back to Phoenix next year and I hope we will see resurgence in attendance.  This event is just too valuable to the toy industry to be allowed to diminish in numbers while it grows in content and value.