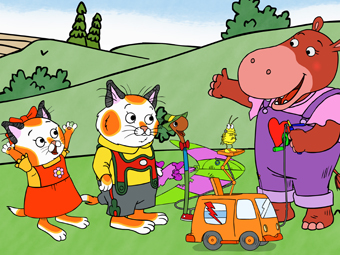 My son, Matt, sent me a picture this week of a hippopotamus having his teeth brushed.  You may wonder, as did I, why a grown man would send his father a picture of a hippo much less one with good dental hygiene.  Well, it seems that he remembers me asking him this question when he was a little boy:  “Would you rather be a dentist for an alligator or a hippo? 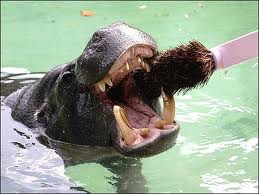 That silly moment came back to him when he saw that picture of the hippo and he wanted to share it with me.  It was a warm memory.

It really says something for the power of silly.  In an age in which so much of our interaction with children seems from birth to be consumed with getting them ready for a great career; its important to remember that silly has something going for it.   It makes the world a little less scary; provides sweet memories and if you insist on a practical output;  it also helps develop out of the box thinking.

So who are the greatest purveyors of silly?  Not the recently departed Maurice Sendak; I think he was more scary than silly.  Not Shel Silverstein either, his books can be pretty dark as well.

I would like to nominate Richard Scarry whose cats, dogs, pigs and yes, hippos are wonderfully silly.  Huck the Cat, Lowly Worm, Hilda Hippo and the other residents of Busy Town remain in the memory and help shape how we see the world.  In fact, my son confessed that he still thinks of hippos as having four round teeth, two on the bottom and two on the top.  Let’s hope he never runs into a real hippo.

Who would you nominate for the greatest purveyor of silly?