The Avengers movie has scored a huge hit at the box office.  It is the biggest three day opening in movie history passing Harry Potter.   Gerrick Johnson of BMO Capital Markets has dubbed it the “uber-sequel” stating in his May 4 Hasbro report that “Avengers should be considered the “uber-sequel”. While it may be the first Avengers movie, the characters in the film have had six prior movies between them: Iron Man (2), Hulk (2), Thor, and Captain America.” 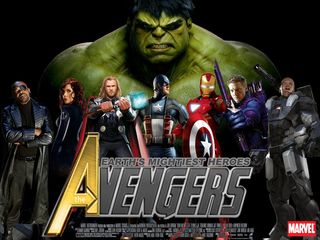 But is it good for the toy industry?   After all, movie tie-in sales have been lackluster as of late and the movie and toy industries could use a hit.

Johnson is not so sure.  Prior to the movie’s release he wrote as follows:

We think retailers are using the Avengers event as an opportunity to bring out from the back room left over Iron Man 2, Thor, and Captain America product from last year. A quick check at any Toys “R” Us store will indicate that the retailer is doing just that, with about half of its eight feet of in-aisle space for Avengers comprising old, unsold Iron Man, Thor,

and Captain America product from the last two years. The savvy toy retailer now has the chance to sell at full price what otherwise would have been marked-down clearance merchandise. This, of course, comes at the expense new orders to HAS [Hasbro].

It’s interesting that what made this movie strong, a long slow process of setting it up via prior movies about individual characters, is what makes it a weak tie-in movie.  Simply put, children and collectors already have a lot of in-home inventory so why want more.  In addition, retailers agree and see this as a time to move out old inventory.

I do think there is some very good news here.  Obviously, a solid plot and a good director plus prior character building produced a big box office.  Now we just have to figure out how to turn that into toy sales.