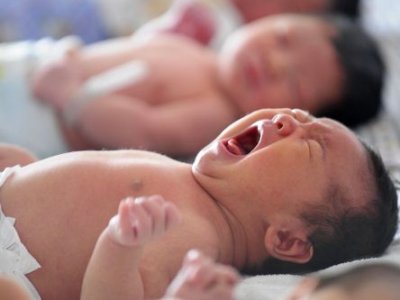 Any industry that bases its business on youth has to pay attention to birthrates.  That is why Japan’s continuing population declines should be of concern to the toy industry.  Japan, once a world leading provider of toys, has continued to be an innovator in play and toy consumption.  What happens, however, to toy consumption and creativity when there are fewer and fewer Japanese children and young adults?

And there is a bigger problem for Japan.  Japan has, since World War II, been one of the world’s leading economies.  What happens if, as the Japan Times reports in an article by Kevin Rafferty entitled “Inventing Economic Suicide,” Japan shrinks so much that it is no longer a developed country?  Here is how the article puts it:  “A report just released by a think tank of the Nippon Keidanren, the country's most powerful business organization, says that by 2050, Japan will no longer be a developed country, predicting years of negative growth from 2030 onward.”

According to the Japanese Health Ministry, if current trends continue, Japan’s population of 128 million people, will drop to 87 million by the year 2060.   Can something be done?  Is Japan to continue, as the article puts it as, "…the industrial world's trendsetter in aging population"?

Japan could encourage population growth through the use financial incentives.  It could also encourage immigration.  One other thing they could do is get women into the work force.  I was surprised to learn

from the Japan Times article that “Japan comes a lowly 94th out of 134 countries in the World Economic Forum's ranking for women in the economy.”

Japan is not alone in having a declining birthrate.  According to Index Mundi, Germany, South Korea and Italy have among the lowest birthrates in the world.  Here are some examples:

Germany and Italy encourage immigration so they will not be as affected as Japan which does not.  Still, we may be looking at a world with fewer children in the developed countries.  It certainly does make toys and games aimed at the adult market a lot more attractive.

(In case you were wondering, the highest birthrate in the world belongs to Niger with 50.54 births per thousand people.)