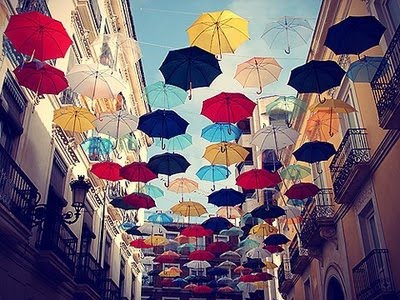 It is often said that the British are obsessed with the weather, and it’s hard to disagree with that assertion. It’s true that we often begin conversations with a reference to the latest climate conditions, and for the past month, it’s been nigh on impossible to avoid mentioning the persistent rain. In fact, the UK has just experienced its wettest April in the last 100 years. And right there is one of the key reasons for our weather fixation; it’s not like America, where climate can vary dramatically from coast to coast (and everywhere in between). In the UK, we’re largely all in the same boat (or it may need to be an ark if it doesn’t stop raining soon!) Somewhat ironically, this wet spell was immediately preceded by the government’s announcement of a hosepipe ban due to drought conditions (that’s another key British trait, we do love our irony.)

But what has the inclement weather got to do with the UK toy trade? Well, quite a lot actually. After a highly respectable start to the year from a trading point of view, the last couple of months have apparently been less buoyant, and in many respects the rain hasn’t helped. This is the time of year when sales of outdoor toys traditionally make up a significant percentage of the overall volume of toys sold, and I very much doubt that anyone has shifted many paddling pools or much outdoor play equipment over the past month.

On the flip side, hopefully suppliers of craft items and other ‘rainy day’ merchandise will benefit from an upturn in sales. That is, if people decide to brave the weather to venture out to the shops. Indeed, there has been conflicting feedback from retailers on this point; department store group John Lewis reported excellent Easter sales, believing that poor weather had “driven customers to shopping centres.” In contrast, figures released from the Retail Traffic Index this week suggest that the inclement weather, coupled with high fuel prices and low consumer confidence, has “dampened expectations" (that’s one of our other national obsessions, coming up with amusing weather-related puns.)

In fairness, the UK is nowhere near as badly affected as some other European territories when it comes to austerity measures and unemployment. In fact, we have character licenses and categories which are continuing to perform well (tell anyone with a Moshi Monsters license that business is tough and I’m sure they’d disagree.) On balance the mood here remains cautiously optimistic; we have the Queen’s Jubilee and the Olympics to look forward to in the next few months, and anyway, we’re British, so we can hardly say that we’re not used to the rain. But for the sake of all the beleaguered outdoor toy suppliers and retailers, I do hope it eases off soon.