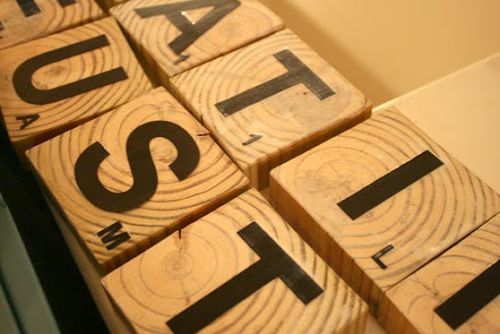 I did, however, find out why there is a National Scrabble Day.  It is to honor Alfred Mosher Butts, the game’s inventor, whose birthday is April 13.

Butts invented the game in 1938 and what a game it was. It has been compared by some to Baseball in its perfection.  Just as the distance from home plate to first base is just the right length to ensure that getting there safely is a challenge; the number of tiles and points per letter is also considered to be the perfect allotment.

Part of Butts’ magic was to determine with what frequency letters are used.  In other words, how much more frequently is an “A” used than a “Z.?”  Butts figured that out by using the front page of The

New York Times and other periodicals as his research platform.  His method was to carefully count how often each letter showed up on the page.  It shows you to what lengths inventors were willing to go in the days before computers.

The game has been played in various languages (Russian and Swedish to name two) but English dominates.  That doesn’t, however, stop non-English speakers as one of the top players in the world is from Thailand and English is not even his second language.

So great job Alfred Mosher Butts and happy birthday to you.  Your creation has made a lot of people happy and maybe a little smarter.