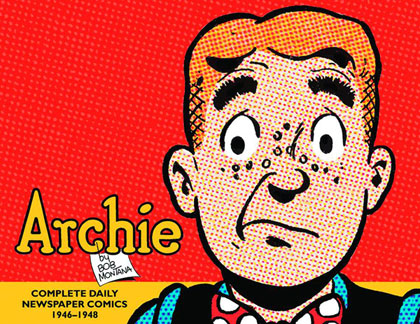 I like Archie comics.  I have always liked Archie Comics.  In fact, I even admit that I liked "L'il Archie" (I thought that lower case "r" on his shirt was kind of funny).

I don’t know why.  I guess there is something compelling about the everyman / everywoman qualities of not just Archie but Veronica, Betty, Reggie, Jughead and the rest of the folks at Riverdale High School.  I actually found the Archie marries Veronica series to be more compelling than Superman marrying Lois Lane.

Archie seems both timeless and contemporary in its efforts to stay true to its roots in the 1930’s while keeping its cast of characters in line with the times whether they are the 1960’s, 1980’s or 2000’s.

Riverdale is a fairly peaceful place (except for Moose pounding on Reggie or Mr. Weatherbee flipping that little hair thing on his head)  so it comes as a shock to learn that there is a major corporate battle going on at the very highest level of this privately held company.

According to a major New York Times article, “The Battle for a Comic-Book Empire That Archie Built,”

[Nancy] Silberkleit, 59, the daughter-in-law of a company founder, Louis H. Silberkleit, is deadlocked in a court battle for control of the company with Jonathan Goldwater, 52, a son of another founder, John L. Goldwater. … Each accuses the other of endangering the family legacy, Mr. Goldwater by wanting to expand Archie into a megabrand …Ms. Silberkleit by vowing to keep the company’s traditions intact and preserve family ownership, ostensibly leading to stagnation.”

She says he defamed her and conspired with their employees against her in order to steal control of the company. He says she poisoned the workplace by threatening longtime employees

with termination and spewing sexual insults.

Anyone who has ever been involved in a family business knows how personal business can get.  But in a way, it all seems so fitting.  Archie is, after all, ultimately about family, friendship, love, anger and all the other emotional elements that make up everyday life.

However all of this turns out, I hope that Archie goes on for several hundred more years.  H-m-m-m-m-m, I wonder how the Jughead of the future will be depicted in the year 251