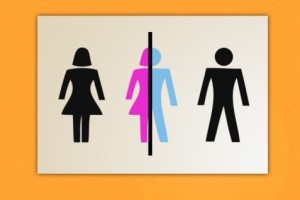 As those of you who read me are well aware, I am very interested in the role of gender in toys and play.  My belief is that the world is becoming increasingly sensitive to issues of gender and that the toy industry will be wise to pay attention.  The doll aisle is off limits for boys and the construction aisle is as well for girls.  Countless other products are segregated by gender simply because of habitual color choices and merchandising.  Think about it:  How many sales do we lose because we “exclude” rather than “include” by gender?

Change, however, is in the air.  London’s venerable toy retailer, Hamley’s, earlier this year converted to gender neutral signage and has remerchandised their stores by toy type rather than gender.  Toys R Us reconfigured their catalog so that boys and girls were more equally represented in its pages.

Now we learn that an entire country is going gender neutral.  In a Slate article entitled “Sweden’s New Gender-Neutral Pronoun: Hen;” we learn that Sweden has created a gender neutral pronoun “Hen” so that you can describe someone without giving off a gender indicator.

Before you shrug it off as a being excessive think about the arrival of the term “Ms.” thirty years ago.  Devised as a way of not indicating marital status in women, it has now become a default means of referring to women rather than Mrs. or Miss.

The Swedes are, however, not stopping there:

Several preschools have banished references to pupils' genders, instead referring to children by their first names or as "buddies." So, a teacher would say "good morning, buddies" or "good morning, Lisa, Tom, and Jack" rather than, "good morning, boys and girls." They believe this fulfills the national curriculum's guideline that preschools should "counteract traditional gender patterns and gender roles" and give girls and boys "the same opportunities to test and develop abilities and interests without being limited by stereotypical gender roles."

What do you think of Sweden’s efforts to move toward gender neutrality?  Do you think this outlook will reach the shores of the US and the rest of Europe?  Let us know your thoughts.